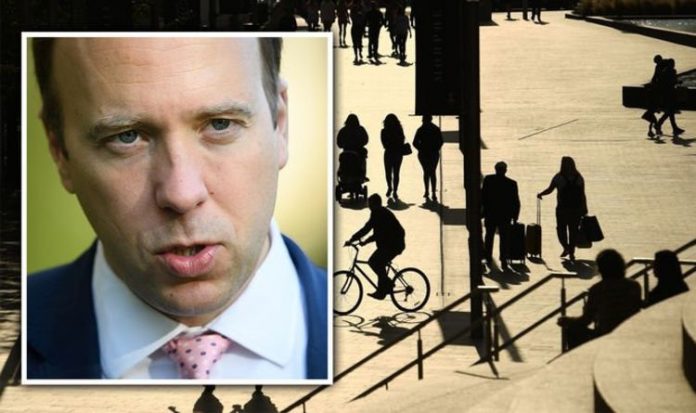 “Now obviously that finding is not good news in terms of the policy action we have to take for that sector.”

But the Government has faced backlash for not consulting leaders in the region.

“Millions of lives affected by Whitehall diktat. It is proving impossible to deal with this Government.”

He wrote: “Recklessly irresponsible to brief the papers but not leaders in the North who’ll somehow have to make this work. Get a grip”.

Liverpool City Region metro mayor Steve Rotheram said: “It is deeply disappointing to wake up this morning to reports that new COVID-19 restrictions affecting millions of people in our city region, and across the North, could be in place within days, rather than hearing it during a genuine dialogue between ministers and local leaders.

“At the moment we have a patchwork of local measures across the country and too much confusion for the public as a result.”