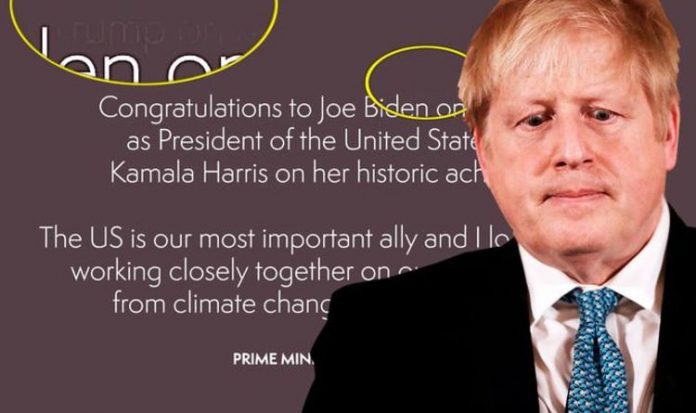 Posted on 5.49 on November 7, it read: “Congratulations to Joe Biden on his election as President of the United States and to Kamala Harris on her historic achievement.

“The US is our most important ally and I look forward to working closely together on our shared priorities, from climate change to trade and security.”

However, when looking closer at the tweet, it appears to show the remains of a previous message, intended for the incumbent President, Mr Trump.

In faded writing, the image shows part of a message congratulating Mr Trump on winning the election and therefore a second term in office.

In the second paragraph, the words “second term” and “the future of” can be vaguely seen.

Although this has not been confirmed by No10, it would seem an error may have been made during the editing of the graphic.