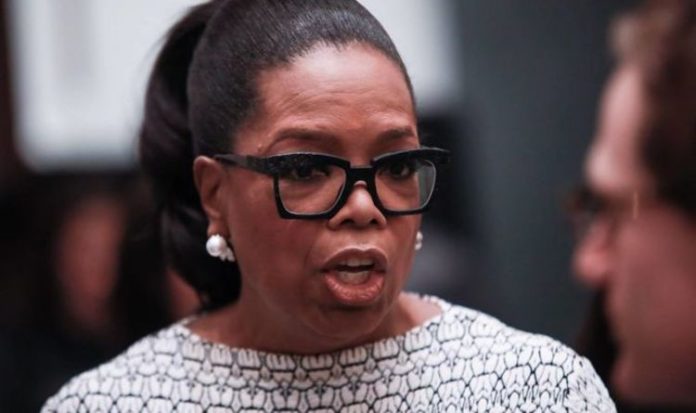 Oprah Winfrey is likely unhappy over Prince Harry’s interview with James Corden as she can not use his anger towards the British press as her own exclusive line, according to i Paper’s Late Editor Benjamin Butterworth. Harry and Meghan Markle’s privilege has also been “cheaply” reduced through their interviews. The journalist tore into the royal couple for lamenting about hardship when many in the world have been suffering from the fallout of COVID-19.

Mr Butterworth said: “I think they were desperate to get their story out there.

“Anyone that saw James Corden and Prince Harry on Friday, first of all, Oprah must have been livid that he’d already given the line of why he quit the Royals to James Corden so she’s not got that as an exclusive.

“So she’s wasted a couple of million there but I just find it utterly extraordinary how a couple that are so rich and have had such a high position in life as the Duke and Duchess can manage to make themselves appear so cheap.

The Duke of Sussex last week appeared on the Late Late Show with British comedian James Corden to discuss his and Meghan’s decision to quit royal life.

Ms Hartley-Brewer added: “Yeah, and that’s what I just find so incredibly Celebrity Big Brother, I mean to all intents and purposes but again this is the whole point.”

She also suggested the timing was inappropriate due to the suffering in the world from the pandemic and Prince Harry’s grandfather, Prince Philip, still being in hospital.

Despite this, the presenter said that for the American audience it would not matter.

Mr Butterworth added: “It really is big money, reportedly ITV spent £1million on getting the rights to air this Oprah interview in the UK.

“So god knows how much is sloshing around in the US.

“For a couple that needs the popularity and the good PR, even if you accept their decision to quit the royals and go off and pursue this line of work.

“You have to question the good sense behind doing it now, you know, would it have killed them to do it in three months, six months, when the world will hopefully be in a much stronger place?”

Ms Hartley-Brewer added she believes they delayed the interview many times already and were unable to push it back anymore.

Prince Philip has spent nearly two weeks in hospital as he is treated for infections and for his heart condition.

He was transported to St Bartholomew’s which is a specialist cardiac hospital.

Prince Harry and Meghan have already spoken with Oprah Winfrey with a trailer of the two-hour programme released last week.

The show – airing in the US on March 7 – will look at Meghan’s life in the Royal Family.

Prince Harry has already spoken to James Corden about his life after leaving the Royal Family where he revealed his mental health issues.