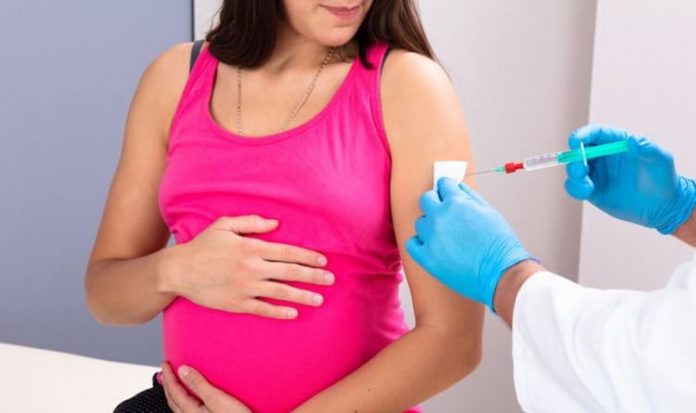 The study published in the Lancet backed the trial and said it would have a “big impact” on the coronavirus pandemic. The vaccine is now expected to get approval over the coming weeks. Sarah Gilbert, professor of vaccinology at the University of Oxford, has said trials are now being designed to test the vaccine in pregnant women.

She told a briefing: “It will be important to include pregnant women in the trials because they’re potentially at risk of more severe disease but that’s something that has to be done in a very careful manner.

“We have to complete particular toxicology studies before we can enroll pregnant women in the trials and that is all in the planning stages at the moment.

“So pregnant women will not be included in vaccine rollout initially, they will be one of the groups that will require further assessment.

“And then we would hope to add that to the groups that can receive the vaccine at a slightly later stage.”

Results confirmed the vaccine’s efficacy was 62 percent for those given two full doses, and 90 percent in a sub-group of trial participants given a half then a full dose.

AstraZeneca Chief Executive Officer Pascal Soriot said the drugmaker had begun submitting data to regulatory authorities around the world to seek early approval of the shot.

Asked whether the half, then full dose regimen had been a mistake, Andrew Pollard, director of the Oxford Vaccine Group and chief investigator into the trials, told a news conference it had been “unplanned.”

Head of AstraZeneca’s non-oncology research and development, Mene Pangalos, said he hoped requests for approval from regulators around the globe could still be submitted this year.

“We hope that once the regulatory authorities review the data, we can get approval any time from the completion of the submission, which could be any time from the end of this year to early next year,” he said.

However, Pollard conceded the different results from the two dosage regimens complicated matters.

“The regulators will decide exactly what their label should say,” he said, when asked whether regulators might approve the two full shots regiment first, and then potentially the half, then full, shot regiment when more data is in.

Meanwhile, the Pfizer vaccine has been cleared by the US Food and Drug Administration as safe and effective.

The drug, which is started being used in the UK today, is now being prepped for rollout in mid-December.

Dr. Daniel Culver, chair of Pulmonary Medicine at Cleveland Clinic said: “There are no surprises here. The efficacy and the safety is consistent with what we heard and what we hoped for. It does look like the vaccine is safe, at least in the short term.”

However, the FDA said there was currently insufficient data to make conclusions about the safety of the vaccine in people below 16 years of age, pregnant women and those with compromised immune systems.