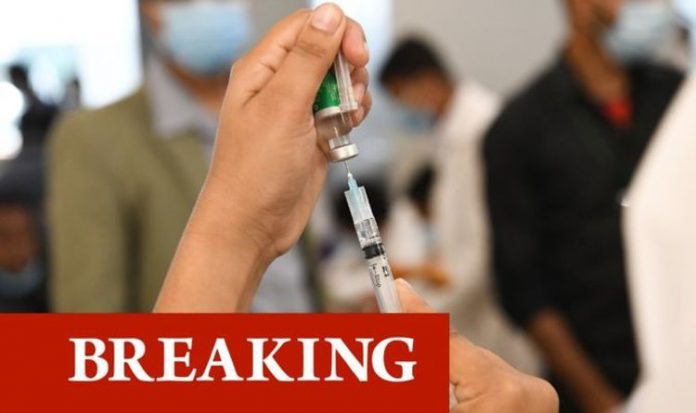 The statement, expected at 3pm was moved up from the original schedule of Thursday mid-day.

The press conference will be joined by its panel of experts known as SAGE (Strategic Advisory Group of Experts on Immunisation).

South Africa has paused the rollout of the vaccine following data in a small clinical trial that showed it did not protect against mild to moderate illness from the 501Y.V2 variant of the coronavirus now dominant in the country.

The latest updates comes after England’s Chief Medical Officer said the study carried out in South Africa which showed low efficacy for the vaccine for mild disease should be interpreted with caution.

Professor Jonathan Van-Tam told the BBC: “I’m not sure that really tells us about whether the vaccine is still going to be really important in terms of protection against severe disease and protection in an older age group, and they’re the people who are most at risk.

“It would be a very, very big public health win indeed if all of the vaccines that we’re deploying simply stop people going into hospital, even if they don’t flatten the infection rate. That would be a major, major public health victory.”

Professor Van-Tam insisted the variant from South Africa was not the UK’s most pressing problem, adding: “It’s not our major threat right now.

“The thing that is going to kill people in the next one to two months in the UK is the problem we have with our own circulating virus, which is the Kent variant as we now know it. And we have good data now that the vaccines are very effective against the Kent variant.

“So from that perspective, I think it’s not today’s problem – the South African variant.”

On Tuesday, Shabir Madhi, the lead investigator for the Oxford/AstraZeneca trial in South Africa, said human trials for a second generation of vaccines to fight new variants should are already in development.

He added the vaccines will likely be avialable by the third quarter of this year.