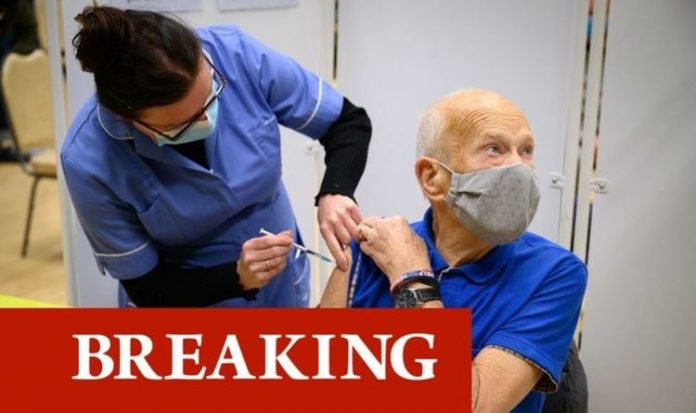 The UK has already rolled out the Pfizer coronavirus vaccine to the NHS and has administered it to more than 600,000 people in the country already. But now hopes for normality have been increased after regulators have passed the Oxford/AstraZeneca vaccine.

Vaccines Minister Nadhim Zahawi said: “The heroic efforts of the team at the University of Oxford have paid off, with its home-grown vaccine shown to be effective in older people as well as young.

“From day one of the pandemic, people from across the nation have been working day and night to find a safe and effective Covid-19 vaccine.

“We have seen the best of British at every stage, from our world-leading scientists working around the clock to carry out vital research, to builders and engineers constructing new facilities.

“Manufacturers are boosting their capabilities and hundreds of thousands of people in every corner of the UK are taking part in clinical trials ­­— developing, finding and preparing for a vaccine has involved us all.

“It has and continues to be a truly UK-wide effort and one which showcases what a fantastic nation we are.”

It is believed the first injections will be rolled out a week after the new drug gets the go-ahead.

Last week, the lead researcher at Oxford University, Professor Sarah Gilbert, said: “The regulators have to be given their time but I really hope that the moment isn’t too far off.”

The Government has already ordered 100 million doses of the vaccine which will be manufactured in Oxford and Newcastle.

One government insider said: “A vaccine is the most valuable commodity we have.

“It will open up the economy.”

Earlier this month, the United Kingdom became the first country in the world to roll out the vaccine made by Pfizer and BioNTech.

“The government has today published figures which show the number of people who have received the vaccine between 8 December and 20 December in the UK is 616,933,” the Department of Health and Social Care said in a statement.