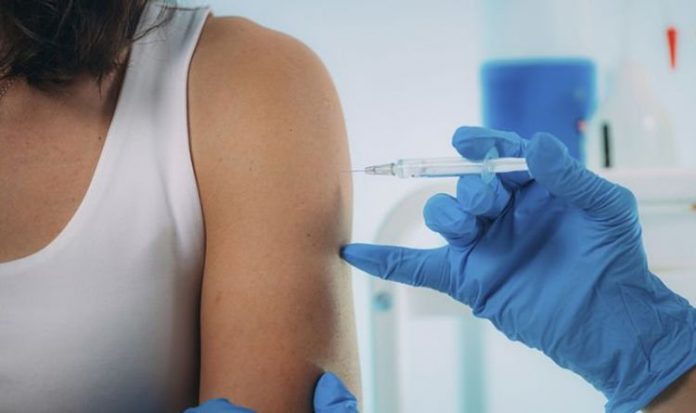 Trials showed it can prevent up to 90 percent of people getting the virus. Scientists yesterday declared they had produced “a vaccine for the world” after long-awaited results showed the jab was safe too. It is far cheaper than its rivals, reportedly costing around £3 per dose compared to between £15 and £25 for the Pfizer and Moderna products. And it can be stored in a normal fridge. Boris Johnson welcomed the “incredibly exciting news” and told MPs vaccines were “edging ever closer to liberating us from the virus”. He added: “We can take great heart from today’s news which has the makings of a wonderful British scientific achievement.

In a video call, he said: “Well done, I’m so pleased for all of you, I really am.

“I saw it in everyone’s faces back in June how much time and effort was going into this, and I could see that there was a lot of pressure on everyone, so I’m so thrilled that you’ve cracked it, so really well done.”

Sir John Bell, regius professor of medicine at the university, said he was increasingly confident life should be returning to normal by spring.

Trials showed the vaccine can prevent up to 9 percent of people getting the virus (Image: Getty )

He said: “We are on track now. We have got three vaccines.

“Knowing what you can do with vaccine rollouts, you should be able to get a large percentage of the vulnerable population covered by spring – defined as April.”

Early data from trials involving more than 24,000 people in the UK, Brazil and South Africa showed the two-part Oxford vaccine was around 70 percent effective overall.

However, this rose to 90 percent in a subgroup of people given a half dose followed by a full dose, compared to 62 per cent for those given two full doses.

Scientists were unsure why the lower “primer” dose was more effective but they suggested it may better mimic a natural infection.

The surprising finding means even more doses could be delivered than planned. The analysis was based on 131 confirmed cases of coronavirus among volunteers who were given either the vaccine or a placebo.

Importantly, for those who did become infected, there were no reports of hospitalisation or severe disease among people who had received the vaccine.

There were also promising early signs that the jab could prevent people who were infected, but did not have symptoms, from spreading the virus.

Professor Peter Horby, of Oxford University’s Recovery trial for Covid-19 treatments, said: “Importantly, from what we have heard the vaccine seems to prevent infection not just disease.”

Professor Pollard, director of the Oxford Vaccine Group, said: “We have got a vaccine for the world. These findings show that we have an effective vaccine that will save many lives.

“Excitingly, we’ve found that one of our dosing regimens may be around 90 percent effective and, if this dosing regime is used, more people could be vaccinated with planned vaccine supply.”

Boris Johnson told MPs vaccines were ‘edging ever closer to liberating us from the virus’ (Image: Getty )

The UK has placed orders for 100 million doses of the vaccine, which is being manufactured by AstraZeneca.

The company’s UK president, Tom Keith-Roach, yesterday said 19 million could be delivered by the end of the year if it is approved.

Researchers have begun submitting evidence to the Medicines and Healthcare products Regulatory Agency which is carrying out a rolling review.

Health Secretary Matt Hancock said inoculations could start next month if the vaccine is signed off by regulators, with the bulk following in the new year. He said the number of doses that would be available this year – if signed off by the regulators – would be in the low ­single millions.

“If this all goes well in the next couple of weeks, then we are looking at the potential of starting the vaccination programme next month for this Oxford-AstraZeneca vaccine as well as the Pfizer vaccine.

“We are looking with high confidence now that, after Easter, things can really start to get back to normal.”

At first sight the efficacy of the Oxford vaccine looks lower than the 95 percent figure that has been given for Pfizer’s Covid-19 vaccine.

But experts said different vaccines cannot be compared properly until full data is published as slightly different methods may have been used in the analysis.

The British vaccine, developed in partnership with AstraZeneca, is easier to deliver.

It can be stored in a standard fridge, whereas Pfizer’s must be kept at ultra-low temperatures of -70C (-94F).

Professor Gilbert said: “The announcement today takes us another step closer to the time when we can use vaccines to bring an end to the devastation caused.”

In total, AstraZeneca plans to deliver three billion doses worldwide in 2021 and could churn out 100 to 200 million each month.

Chief executive Pascal Soriot said his company’s commitment to provide the vaccine on a non-profit basis during the pandemic will ensure it is available across the globe.

He added: “Today marks an important milestone in our fight against the pandemic.

“This vaccine’s efficacy and safety confirm that it will be highly effective against Covid-19 and will have an immediate impact on this public health emergency.”