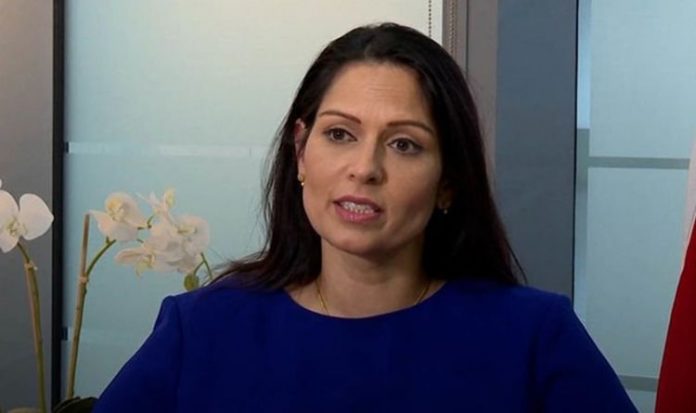 The investigation found Ms Patel had “not consistently met the high standards expected” but it also said she had been justifiably frustrated by the lack of support from some senior civil servants. Ms Patel said the Home Office was a challenging department where “we’re making life and death decisions every single day”. She added: “I have clearly upset people in the past and on reflection… looking at what has been published today on the report, there is no question I’m absolutely sorry for the upset that has been caused and I’m very, very clear about that.”

He quit as Boris Johnson’s adviser on ministerial standards after the PM rejected the conclusion that Ms Patel breached the ministerial code.

Downing Street said the report showed there were mitigating factors and the Home Secretary’s behaviour “needs to be seen in context”.

Sir Alex said: “It is for the Prime Minister to make a judgment on whether actions by a minister amount to a breach of the ministerial code. But I feel that it is right that I should now resign.”

His report called on the Civil Service to “reflect on its role during this period.

The Home Office was not as flexible as it could have been in responding to the Home Secretary’s requests and direction. She has – legitimately – not always felt supported by the department.

No feedback was given to the Home Secretary of the impact of her behaviour, which meant she was unaware of issues that she could otherwise have addressed.”

Labour leader Sir Keir Starmer said: “It is hard to imagine another workplace in the UK where this behaviour would be condoned by those at the top.”

Sir Philip Rutnam, who resigned as permanent secretary under Ms Patel, insisted he had advised her not to “swear and shout” at staff.

He said he was not asked to contribute to the Cabinet Office inquiry. He added: “The advice states no feedback was given to the Home Secretary.

“This is not correct. As early as August 2019, the month after her appointment, she was advised she must not shout and swear at staff. I advised her on a number of further occasions.”

Matthew Rycroft, the current permanent secretary, said that relationships in the Home Office had “improved considerably.

The Home Secretary and I are committed to working together to improve the Home Office and build the strongest possible partnership between ministers and officials based on support, candour, safety to challenge, mutual respect and professionalism.”

Dave Penman, of the civil servants’ union the FDA, claimed: “No civil servant will now have confidence that any complaint raised about ministerial behaviour will be dealt with fairly or impartially.”