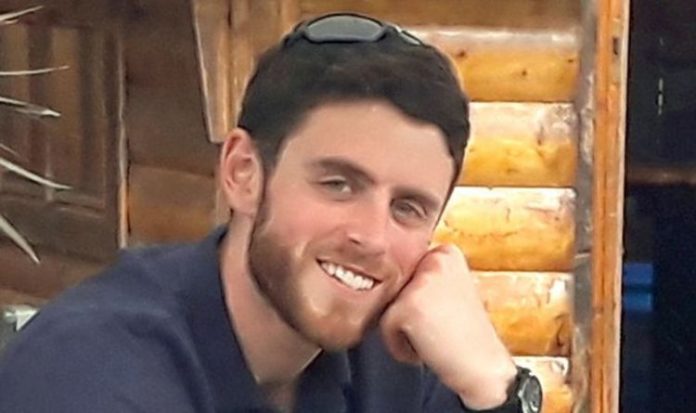 Chief Constable Nick Adderley, of Northamptonshire Police, said those who set out to commit a crime in which an officer is killed should automatically get a wholelife term under “Andrew’s Law”.

Mr Adderley said life imprisonment was necessary based on his experience as a chief superintendent at Greater Manchester Police in 2012, when PCs Nicola Hughes and Fiona Bone were killed by Dale Cregan in an ambush.

Cregan is the only police killer in the past decade to have received a whole-life order. PC Harper was caught in a strap dangling from the back of a car driven by thief Henry Long and dragged to his death.

Long, 19, and 18-year-olds Jessie Cole and Albert Bowers were convicted and sentenced for the newlywed’s manslaughter.

Long got 16 years while Cole and Bowers each got 13 years.

Mr Adderley spoke as the Thames Valley Police Federation, which is supporting Lissie Harper’s Andrew’s Law campaign, published a moving poem from the 29-year-old widow highlighting her determination to win the fight for automatic life sentences for killers of emergency services workers.

“I do believe – I’ve said quite clearly based on my own experiences when Nicola and Fiona were murdered in Manchester – anyone who is in the commission of a crime, who assaults and kills a police officer, should face a whole-term tariff.

“The bit about where the law gets really complicated around murder and manslaughter is this bit – did you set out to murder somebody or did they just happen to get killed as a consequence?

“For me, if you set out to commit a crime, and in the commission of that crime a police officer is killed, for me what they call in Latin ‘mens rea’ [the intention or knowledge of wrongdoing] is laid out, and for me that should automatically be sanctioned by a whole life term – life imprisonment.”