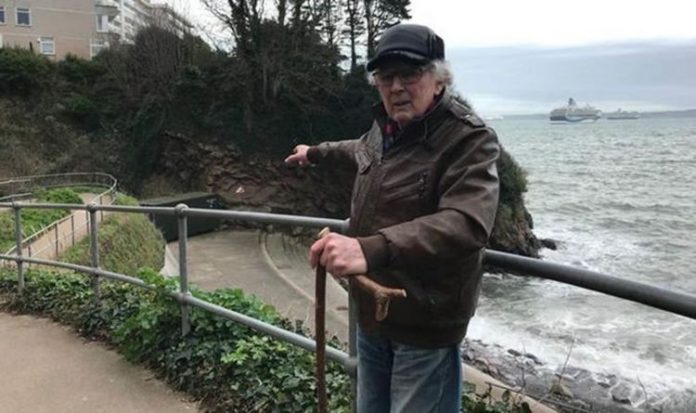 The idyllic Beacon Cove – located near Torquay harbour – was used by residents including Agatha Christie for a quick dip. But as the beach became a haven for late night parties it became unsafe for children because broken glass was left scattered across the sand. Residents were also put off from using the beach after rowdy fights and bonfires upset neighbours.

Now Graham Stephenson and Jim Cairns have come to the rescue by raising money and gating it off at night.

It has been transformed after residents raised £11,000 which paid for a revolutionary magnetised electronic gate, which seals the cove off automatically every night.

Most of the money came from local residents happy to donate £100 each to see the beach brought back to life, Devon Live reports.

“The gates have worked – it’s a positive news story,” Graham said. “All the broken glass has been removed and it’s safe for children to play down there again.”

The money also paid to install CCTV and now the residents are creating a decorative outdoor museum telling visitors the history and ecology of the area, including the nationally important seagrass beds growing offshore.

The residents are also about to landscape and plant the muddy mound beneath the sign, to stop it being used as a shortcut.

Simon Pinder, Torbay Council’s marine, leisure and beach services manager, was praised for helping tie the project together. Simon said: “We’ve not got gates on any other beaches and there was some nervousness about the idea at first – but it works great. The gates are controlled from the harbour office and we can rotate the CCTV cameras and see what’s going on.”

Graham said: “To try and do this without any help would have been impossible. Simon has supported us all the way through.”

The gates were designed by retired chartered engineer Jim Cairns and built by a local company.

Many of the people who donated £100 said they had happy memories of Beacon Cove in its glory days.

Jim said: “I was amazed at the number of people who loved the cove and remembered it from childhood, or who said it was where they learned to swim. So many people had very fond memories and wanted to help us. It’s a great example of a community getting together and changing attitudes.

“I don’t know where the drug addicts go now at night – but they don’t come here. It’s now a family oriented place again, you see whole families with their kids having a picnic. It’s nice to see.”

Graham, who lives at Imperial Court above the beach, said: “It’s like a natural amphitheater and all the noise would rise up from the beach. In summer you couldn’t open your windows at night or go out on the balcony with all the drinking and screaming until two in the morning. It was horrific.”

Another neighbour, Barry Taylor, said he went to try to stop one riotous party – but decided it wasn’t a good idea: “I went down one night – but to no avail. When you have a large group who have been drinking it’s not safe – I hadn’t heard language like that since my army days.”

There are now moves to make the area part of the town centre Antis Social Behaviour zone which will give police and council officers powers to remove people drinking on the beach at night, if they do climb over the gates or fences.