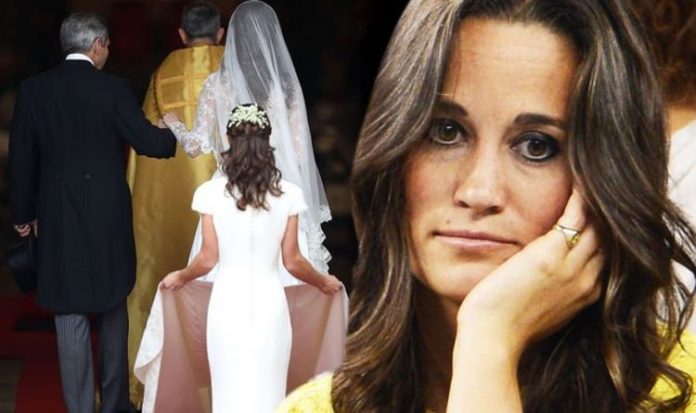 Pippa is the sister of future queen consort, Kate Middleton. In recent years she has reclined from the public’s eye. This was after she shot to global stardom following her sister’s 2011 royal wedding.

Here, Pippa quickly rose to stardom as a result of her outfit, which soon plastered front pages the world over.

This newfound fame offered newfound career pursuits, and Pippa was offered lucrative TV contracts – with reports suggesting she was offered £300,000 to appear on Oprah but turned it down – and glossy magazine columns.

She took on writing posts for The Spectator and Vanity Fair.

Her Spectator columns were particularly insightful, peppered with delights into what it was like to live as the sister of a royal.

One piece came on the eve of Christmas 2014, as Pippa shared her favourite fancies of the festive period.

However, despite being aged just 31 at the time, Pippa laid bare her worries over ageing.

She wrote: “Christmas is coming fast, and I’m feeling full of cheer.

“Nothing better than a bit of biting cold outside and fun indoors.

The year before, she offered the then Mayor of London Boris Johnson an ultimatum, and asked: “What are you scared of, Boris?”

It came as she detailed her challenge put to Mr Johnson – a game of ping pong between the two.

The politician, however, on first accepting the match failed to follow it up – with Pippa calling him out for it.

She said: “The last time I wrote in these pages, I issued a challenge to Boris Johnson to take me on at ping pong.

“The Mayor said he’d be up for it, and his office duly contacted The Spectator to arrange the details.

“Team Johnson insisted that the match should be held at a venue of their choosing.

“I said by all means. And then — nothing.

“The Spectator has tried to follow up, but now it’s radio silence from the Mayor’s office.

“Is Boris scared or what? He should be.”