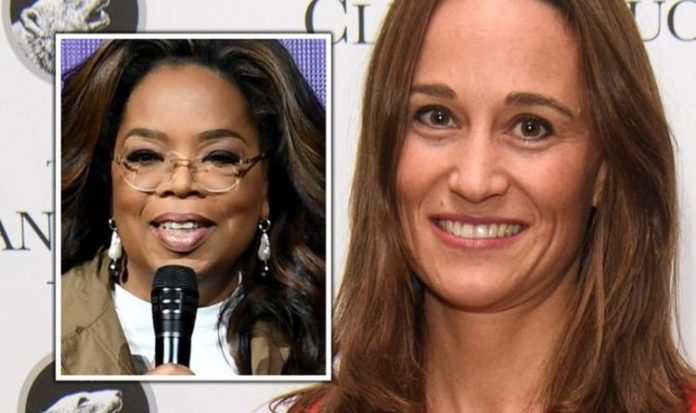 Pippa has fallen under the radar in recent years. The sister of Kate Middleton, Pippa first entered the spotlight at her sister’s 2011 wedding with Prince William. It came as she fulfilled the role of maid of honour, with her dress becoming one of the most talked about things on the day.

She later revealed her embarrassment at risking stealing any of the show with her elegant garment.

Talking to NBC’s Today show in 2014, Pippa told of how self-conscious she was of how the attention came about.

She explained: “It was completely unexpected.

In a deal purported to be worth £300,000, Pippa was offered to appear on the Oprah Winfrey show.

However, in 2012, Pippa outright refused, “on instruction from the Palace” according to Vogue magazine.

Oprah was thought to be battling with fellow heavyweight TV star Barbara Walters to get Pippa on their shows.

Insiders at Oprah Winfrey Network at the time said the TV veteran told her team to “pull out all the stops” to get Pippa.

And, it was said that Walters was pushing her broadcasting bosses to give the green light to a six-figure deal for the interview.

The TV interview never materialised, however, with NBC the only broadcaster to ever get Pippa to speak on air.

When contacted by Express.co.uk, Buckingham Palace said they would not comment on matters relating to Pippa Middleton as she is “not a member of the Royal Family”.

She has since retired from public life.

She made a brief appearance in the public eye when she married James Matthews in 2017.

Her name was last in the headlines in 2018 on the birth of her first child, Arthur Michael William Matthews, in 2018.