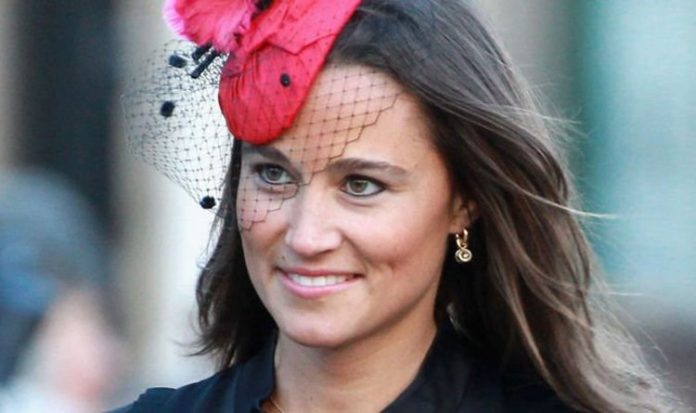 The sister of Kate, Duchess of Cambridge, has become a renowned figure across the world after her stunning appearance during her sibling’s wedding nearly 10 years ago. Royal fans have taken her to their hearts and are hopeful she will soon announce she is pregnant with another child to join her son Arthur in the Middleton family. But in throwback reports, Pippa revealed the difficulties she endured while expecting Arthur and the impacts it had on her body.

The 37-year-old is well known for her love of exercise and staying fit, regularly competing in endurance events and races across the globe.

For example she once completed a 3,000-mile cycling race across the US and a seven-kilometre swim in Istanbul to raise money as part of her role as an ambassador to the British Heart Foundation.

Then in 2015, alongside husband James Matthews, she participated in a 47-mile swim, in honour of her partner’s brother who lost his life while on a mountain climbing trek.

Yet, after confirming her pregnancy, Pippa wrote in Waitrose Weekend that she was concerned about what sorts of exercise and activities she would have to forfeit while expecting.

She said: “I’ve noticed my body change and my weight increase, but through effective exercise and sports I feel that it’s being strengthened to support a healthy pregnancy, birth and recovery.

“This being my first pregnancy, I had so many questions I felt were still unanswered.

“I wanted to know things like, would I strain if I served in tennis, are strokes of swimming safe, can I still do a normal yoga class if I avoided certain positions? Could I still work my abs?”

One of her favourite passions is running, and Pippa admitted that she would no longer be able to jog as she didn’t want to keep “pounding the pavement during pregnancy”.

Pippa discussed Arthur’s love of swimming, when he was six months old, and what this type of activity offered youngsters.

She explained: “Starting my son Arthur swimming at four months old has given him confidence and enjoyment in water.

“He’s now six months old, and swimming is one of our favourite activities. The exercise helps guarantee sound daytime sleeps, and the movement has improved his digestion.

“Water activity is a great form of exercise you can do with your baby.”