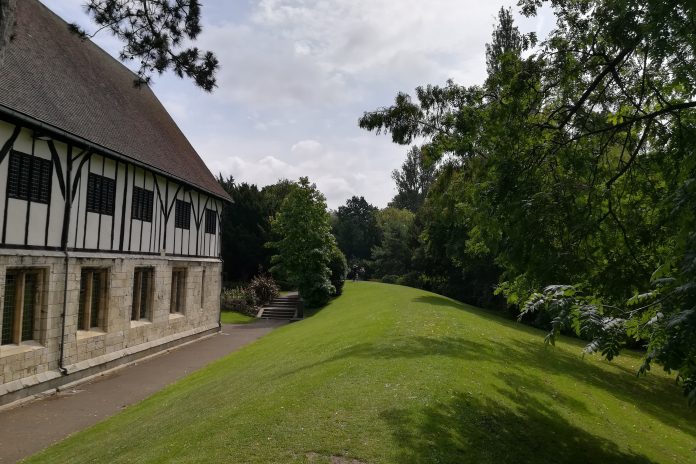 A scheme which will better protect properties in the Marygate area by improving defences in Museum Gardens has been approved by City of York Council planning officers today (Thursday 26 November).

Due to the impact of climate change there is a need to raise the existing flood defences between Scarborough Bridge and Lendal Bridge and provide an improved continuous line of defence.

This scheme will better protect 42 homes and 15 businesses within the Marygate community of York.

The Museum Gardens embankment is within an area designated as Scheduled Monument and a Grade II listed park and garden and next to one of the rarest trees in the country. It is also within an area of archaeological importance. Improvements to the embankment are part of the wider Marygate flood scheme, which also includes other works that do not need planning permission.

We are delighted to have been given planning approval to take us a step closer to constructing this section of the York Flood Alleviation Scheme, which will protect 2,000 properties in the city.

By strengthening and raising existing flood defences in the area we can make York more resilient to climate change.

We have worked closely with York Museum Trust, City of York Council and Historic England to come up with a design that not only acts as a viable flood defence, but also fits in with this much used and well-loved public space in the heart of our City. We have also been able to protect the true service tree, which is very rare and was a key concern for local people.

Work in the Museum Gardens will start next August when the weather is more likely to be dry to minimise its impact. The Gardens will stay open throughout the four month project, but access will be restricted near the embankment and the footpaths behind the Hospitum will be closed.

The project team has been working with partners to develop a design which minimises the impact on the gardens and Hospitium. The construction area in the gardens will be as small as possible within safety limits. The site compound located at Marygate and the work to raise the defences from Scarborough Bridge to Marygate is expected to start prior to the works in Museum Gardens.

A virtual public event was held in July to outline the design of the flood defence improvements and the realignment of the embankment to protect one of rarest trees in the country following feedback from the community.

To allow the embankment to be raised, its footprint will need to be increased so up to 15 trees will have to be removed. For every tree removed, five will be replanted and where possible this will be in Museum Gardens.

This work forms part of £45 million York Flood Alleviation Scheme, which will better protect 2,000 homes in the city from flooding.

Since 2015, the Government has invested £496m on flood defences in Yorkshire – more than any other region – better protecting more than 66,000 properties. Across the country Environment Agency flood schemes protected almost 130,000 properties during the winter 2019/20 flooding.

For more information on the York Flood Alleviation Scheme
go to