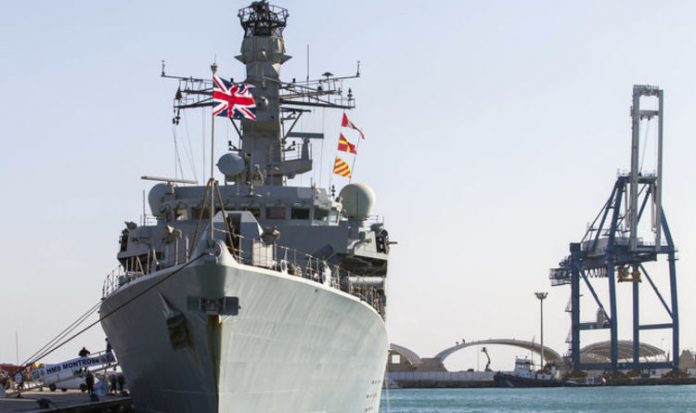 She was later renamed HMS Montrose and used by the Tay Division of the Royal Navy Volunteer Reserve from August 1955 to October 1957.

The ship was then placed in storage until the 1960s, when the Royal Australian Navy bought her and converted her into the service’s first mine-hunter.

As the Curlew, she served Australia for 28 years – clearing Second World War mines from the waters around Papua New Guinea.

She was one of the first ships to respond to the Melbourne Voyager disaster in February 1964, when an aircraft carrier sliced a frigate in half with the loss of 82 lives.

And she was widely credited with helping the storm-ravaged city of Darwin get back on its feet after Cyclone Tracy in 1974.

In a month-long operation, the Curlew helped locate several sunken trawlers and other hazards to shipping, most of them victims of the cyclone.

Her current owner, maritime enthusiast Kris Mitchell, fell in love with her when he first saw her 20 years ago but could not afford the £560,000 price tag at the time.

In April this year, he paid $1 (less than 60p) for the ship, which has been sitting at anchor in  southern Tasmania.

Mr Mitchell has starting fund-raising to save the Curlew and hopes to convert her into a backpackers’ hostel.

He described her as an “irreplaceable part of maritime and naval history spanning both the UK and Australia”.

He added: “Moving Curlew to a safe port away from Tasmania is imperative.

“There is money owed now due to works looking after her and the bills are growing. Her scrap value is very high and I am under enormous pressure to order her scrapped and remove a problem, but this is not the right way.

“She needs to be preserved but without help we cannot do that. She is a national treasure and hopefully the nation will see this.”