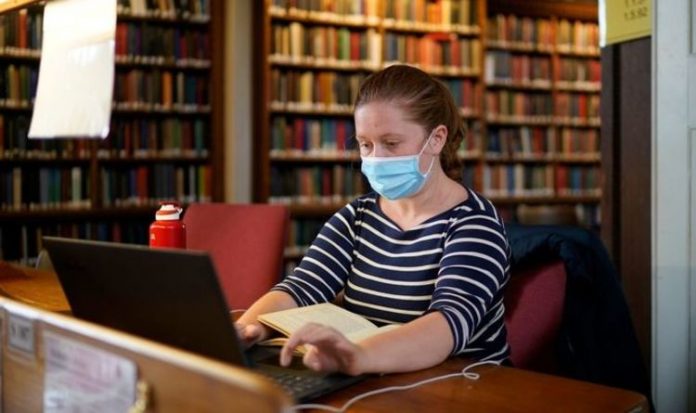 The commission will also focus on race and ethnicity, as well as evaluating ways to implement the Tories’ “levelling up” agenda to equalise opportunities for all.

A Number 10 spokesman said: “The aim of the commission is to set out a new policy agenda for change, balancing the needs of individuals, communities and society, maximising opportunities and ensuring fairness for all.

“It will look at wider inequalities including issues facing working class white boys in schools, for example.”

The MP for Mansfield has repeatedly called on the Prime Minister to focus his blue collar agenda on helping white disadvantaged boys, who he claims have been “brushed under the carpet” by society.

In a recent Express.co.uk comment piece, Mr Bradley said: “Despite the fact that they are often ignored by the loudest voices in the “Identity Politics” battles that fill our newsfeeds, the stats actually show that it’s white kids from the most disadvantaged backgrounds that are faring worst in our education system, and boys in particular who are most likely to leave school with nothing.

“Social mobility in our neck of the woods is not high.”

The Tory MP has accused Westminster of obsessing over “white male privilege”, arguing that MPs have shown a reluctance to address their “plight” despite statistics showing they are now “consistently at the bottom of the pile”.

Working class boys are the least likely group to go to higher education after school.

Just 13 percent of them go on to higher education, less than any black or Asian group, according to the most recent figures from the Department for Education.

By contrast, 85 percent of sixth formers in independent schools make the step into higher education, as well as 59 percent of black students.

The gap is so wide that the chairman of the House of Commons education select committee, Robert Halfon, said there has almost been a “taboo” talking about it.

White British pupils from disadvantaged backgrounds are also less likely to achieve top GCSE grades, with only 17 percent achieving a strong pass in English and maths.

Students categorised as Bangladeshi, Black African and Indian are more than twice as likely to do so.

Last year, Dulwich and Winchester colleges turned down a bequest of more than £1 million because the donor, Sir Bryan Thwaites, wanted the money ring-fenced for scholarships for white working-class boys.

Mr Halfon, whose select committee is investigating the achievement gap for these “left behind” young people, has said it’s important that the issue is no longer “swept under the carpet”.