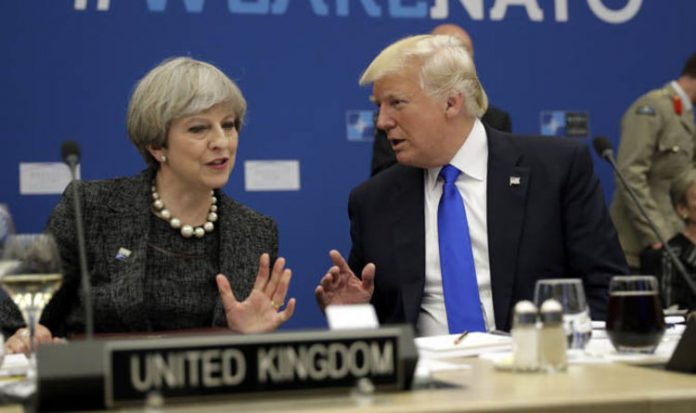 After “frank and open” talks in Brussels, Mr Trump said other members had agreed to increase defence spending to a minimum of two per cent of GDP.

It is understood he demanded that they all reach the threshold by 2021 but has yet to make headway on a further demand that the target should then be doubled to four per cent of GDP.

Following an emergency session at the alliance HQ in Brussels to discuss his demands, Mr Trump said he had made it clear that he was “extremely unhappy” with what had been on the table so far.

He earlier infuriated Chancellor Angela Merkel by claiming Germany had been left “captive” and was “totally controlled” by Moscow because of a gas pipeline deal with Russia.

Nato Secretary General Jens Stoltenberg confirmed there had been a “frank” discussion but French president Emmanuel Macron denied reports that Mr Trump had threatened to pull out of the 69-year-old Western alliance if he did not get his way.

“President Trump never at any moment, either in public or in private, threatened to withdraw from Nato,” he said.

“We think President Trump is basically right that the foundation of a successful alliance is fair contributions by all parties,” he said.

“For Nato to be sustainable and successful, all countries need to step up to the plate.”