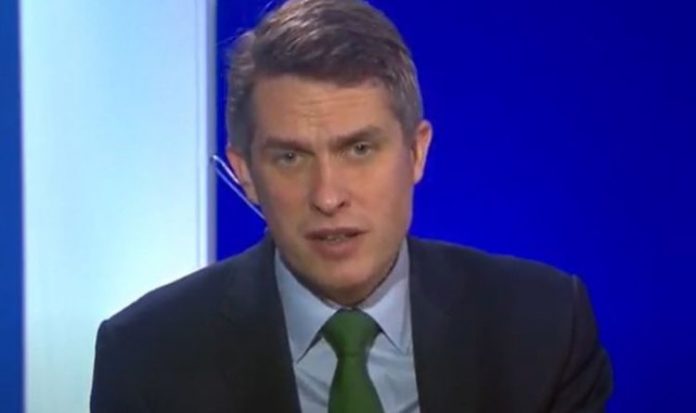 Parents across England have been hit with the news of a delayed start to term time after millions of areas were plunged into Tier 4 coronavirus restrictions. Primary schools in 50 areas within London, Essex, Kent, East Sussex, Buckinghamshire and Hertfordshire will not reopen for face-to-face teaching to all pupils as planned next week. Education Secretary Gavin Williamson was grilled by Sky News host Gamal Fahnbulleh on this latest development.

Mr Williamson said: “Over 85 percent of primary schools will be reopening absolutely as expected on January 4.

“For those schools within the contingency framework where, as a result of public health advice, we’ve delayed their opening, that’s for a two-week period.

“There’ll be a review of that status for the week before.

READ MORE: School closures: Is there a full list of schools closed in January?

He continued: “But we’ll be seeing over 85 percent of primary schools opening on January 4.

“We want to see those schools that are sadly not able to open on January 4 to be opening at the earliest possible moment.”

Mr Fahnbulleh interjected about the 50 areas that don’t have a return as of yet, which is a “significant number”.

The Education Secretary shot back: “The work that was done with the Department for Health who identified areas where it was either a very high rate or, using their latest data, was seeing very sharp increases in the number of cases, or equally the pressures on hospitals in those areas and the clinical needs, these were all the considerations that were taken into account.”

“There must be a real concern for the parents of those children about their children’s learning, and also about how long they’re going to have to make arrangements for their children to be looked after at home.”

The changes comes as daily deaths from coronavirus were recorded at their highest number since April and hospitals are reportedly feeling the pressure.

The Prime Minister announced that 78 percent of the population will now be in Tier 4 as of today.