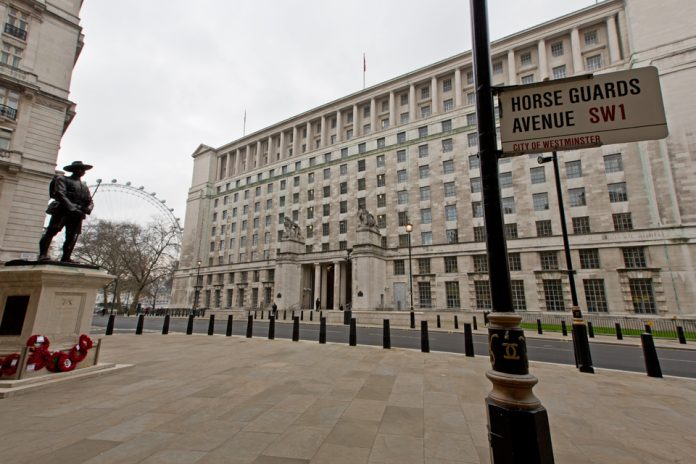 A host of personnel across the armed forces have been recognised, including those who showed exemplary dedication during the Coronavirus pandemic. From providing essential workers with greater access to Covid-19 tests, to nursing care and providing logistical support across the four corners of the UK, the honours list praises the exceptional leadership, commitment and professionalism across the military this year.
The recognition follows a thank you from the Prime Minister last week who praised the Armed Forces for coming to the aid of the whole nation in the battle against the pandemic. He also praised their ongoing work across the globe to keep Britain safe during the festive season.

This included hundreds of UK Armed Forces personnel deployed to boost Covid-19 testing in Kent to help hauliers travel across the Channel to France. They are part of 5,000 military personnel currently providing aid to civilians across the UK, joining the 6,400 sailors, marines, soldiers, airmen and airwomen deployed on overseas operations, working around the globe to keep the UK safe.

Our armed forces have been instrumental in the Covid-19 response, and I congratulate all who have received an award in the New Year Honours list today.

In a year of additional challenge for all of us, our serving men and women have delivered testing, critical care and essential support to public services, whilst protecting us abroad, too.

They are truly the best of us and it is great their hard work and perseverance is recognised today.

Knighthoods have also been awarded to notable members of the senior armed forces.

Lieutenant General Tyrone Urch has been praised for his pivotal role in the military’s contribution to foreign policy over the decade and delivering military support for Covid-19 this year.

The below case studies provide more information on some of the individuals who have been honoured.

Commanders of the most excellent order of the British Empire (CBE)

One of the highest ranked women in the British Army has been awarded a CBE for delivering Covid-19 testing to frontline workers including care homes, police stations and prisons.

Brigadier Lizzie led the strategy for the mobile testing units which saw vehicles refitted into testing sites to travel around the UK to increase access to coronavirus testing.

Nearly 100 units, designed by the Royal Engineers of the British Army, were developed in just a few weeks and deployed across the country including Salisbury, Southport and Teesside.

1,000 military personnel at the Prince William of Gloucester barracks, Grantham, were trained under Brigadier Lizzie’s leadership to operate the units.

Newly appointed as a Brigadier, her drive and unrelenting focus was fundamental to ensure the care sector and other workers could get tests as part of their frontline fight against the pandemic.

Brigadier Lizzie Faithfull-Davies said: “It is an extraordinary honour to be recognised in this way and I am enormously grateful for the incredible team I have had the privilege to work with this year.

It is humbling to be able to contribute in a small way in the fight against this pandemic. The discipline and ingenuity shown by our soldiers who have worked in support of the nation’s testing programme make them equally worthy of recognition.

A naval nurse who led his NHS colleagues in the midst of the pandemic has been recognised for delivering exemplary care during the COVID-19 crisis.

Chief Petty Officer Andrew Cooper has been awarded a Royal Red Cross for designing training to help NHS and military colleagues on the frontline in a hospital emergency department.

Using his military background operating in a crisis, he helped set up additional emergency resuscitation rooms at short notice and gave extra training to junior staff in assisted intubation and the use of non-invasive ventilation – medical care often required for coronavirus patients.

He also helped train colleagues on how to work in full personal protective equipment (PPE) and led the re-design of Portsmouth’s Queen Alexandra Hospital’s emergency department.

This was all achieved while giving the highest level of care to his patients.

I couldn’t believe it at first but my work this year has been a team effort.

It will be exciting when I can let people know, having to hold off since finding out has been tough. I cannot wait to tell them.

Earlier on in the year, Chief Petty Officer Cooper also planned and coordinated the testing of 800 sailors due to deploy with aircraft carrier HMS Queen Elizabeth. At short notice, he ensured all personnel had been tested and the ship’s medical team were trained on caring for any potential coronavirus patients.

Staff sergeant Emma Clarke has been recognised with a Royal Red Cross for exceptional leadership including creating more capacity for Critical Care Units during the height of the pandemic.

Thanks to her swift actions, critical care training was delivered to over 40 NHS and military nurses and healthcare assistants within her ward at the University Hospital Birmingham Trust.

Her initiative – at a level far beyond her rank – meant wards were not overwhelmed at a critical time and staff felt fully supported within the difficult circumstances.

Other wards at the hospital quickly replicated new systems created under her direction including making nursing handovers more efficient.

Staff sergeant Emma Clarke said: “It was important to ensure my staff were given full support through such a challenging period.

My team were calm and professional in the most unprecedented circumstances, and it’s a privilege to have our work recognised in this way.

Officers of the most excellent order of the British Empire (OBE)

A RAF Group Captain has been awarded an OBE for support to local Government during the outbreak of the pandemic.

Group Captain Rachel Mawdsley was praised for her impeccable leadership as she supported Central Bedfordshire and Luton Borough Council to assist mortuary facilities by creating a temporary rest facility at RAF Henlow.

RAF planners worked around the clock to relieve pressure on hospitals and undertakers to ensure any tragic loss of life in the local community was handled with the utmost care and respect.

Group Captain Rachel Mawdsley said: “I am incredibly proud to have been the Station Commander of the whole force team at RAF Henlow as we responded to a request for Military Assistance to the Civil Authorities.

We worked with, and were fully supported by, the Luton and Bedfordshire Local Resilience Forums to assist the community during the challenging early months of the Covid-19 pandemic.