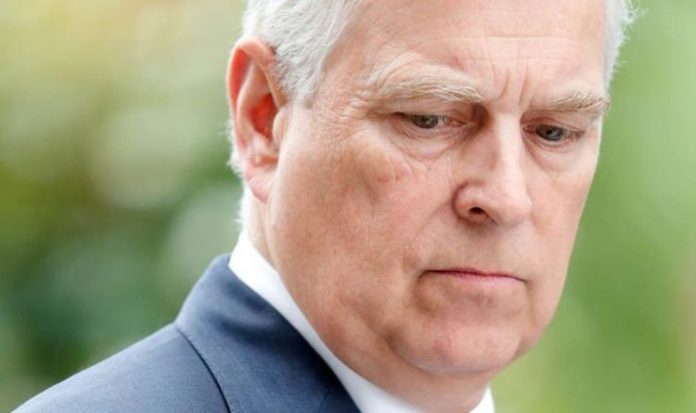 Andrew stepped down from royal duties last year over his friendship with the late paedophile Jeffrey Epstein. One of the US financier’s alleged victims, Virginia Giuffre, claims she was trafficked to London by Epstein to have sex with Andrew when she was 17. Andrew denies any sexual contact or relationship with Ms Giuffre, now 37.

The 418-page deposition by Epstein’s ex-girlfriend Maxwell, 58, is part of defamation proceedings against Ms Giuffre, who is accused of lying about being abused by Epstein.

Maxwell is due to face trial in the US next year, accused of six counts relating to child sex trafficking and procurement and perjury linked to Epstein. She denies the charges.

Meanwhile her lawyers are to make a fresh bid to bail her from jail.

They say she is not fed properly, has lost 25lb, has to wear paper clothes because she is deemed a suicide risk, and is effectively in isolation because guards refuse to talk to her.

Andrew Ms Giuffre has said she is angry Andrew’s name had been redacted from the Maxwell document.

She told ABC: “I don’t understand why we are protecting someone who hides behind Mummy’s skirt and says, ‘I didn’t do it’.

“His name should have been out there in the deposition.”