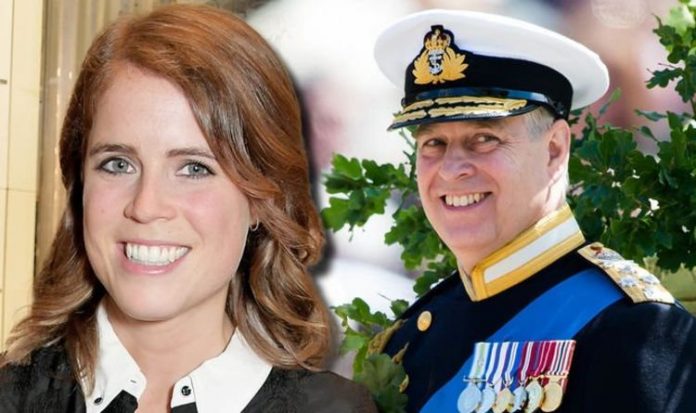 Prince Andrew is likely to be hugely excited at the prospect of welcoming his first grandchild early next year. Princess Eugenie, the youngest daughter of the Duke of York and Sarah Ferguson, and husband Jack Brooksbank revealed their happy news in an adorable Instagram post. But will the new royal baby inherit the York dukedom from Prince Andrew?

Princess Eugenie is the second daughter of Prince Andrew and Sarah, Duchess of York.

She is currently 10th in line to the throne right behind her older sister Princess Beatrice.

In a touching Instagram post featuring two photographs, one of the couple and one of them holding a pair of booties, the couple revealed their exciting news.

Despite only having daughters, neither of Prince Andrew’s daughters are able to inherit his Duke of York title.

This is courtesy of an old-fashioned rule which remains in effect in the UK.

Traditionally, the eldest child of a titled person would inherit their titles upon their death, but due to a British law, this is not possible.

Male primogeniture means that hereditary peerages, such as dukedoms, can only be passed onto sons and not daughters.

These laws surrounding male primogeniture remain in effect in the UK today, despite calls to bring it to an end.

Male primogeniture means hereditary peerages, such as dukedoms, can only be passed onto sons and not daughters.

The male primogeniture rules were altered in 2013, affecting all royals born after October 28, 2011.

Princess Charlotte is the first royal to benefit from this rule change, meaning she maintains a higher position in the rule of succession despite having a younger brother who would have before taken precedence.

Unless these rules are scrapped, Prince Andrew’s dukedom will pass onto the next eligible male royal upon his death.

The Letters Patent for the 1986 creation of the Dukedom of York says the title will be inherited by “heirs male of the body.”

The only way Princess Eugenie’s child will only be if the Queen bestows an earldom on Mr Brooksbank.

However, this seems highly unlikely now as there is no precedent for such a move.

If the Queen had decided to break tradition and grant one, it is likely she would have occurred at the time of their respective weddings.