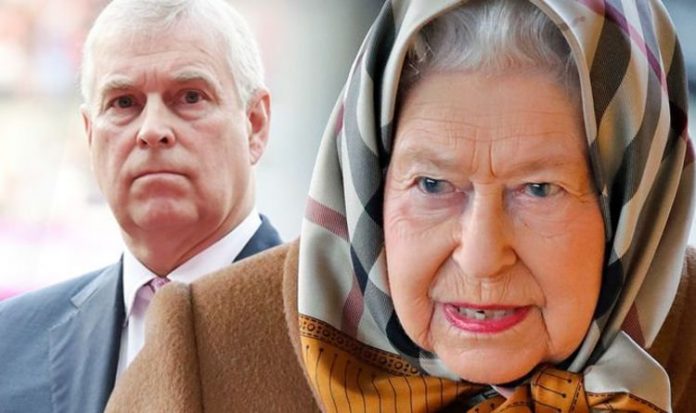 During the Royal Rota, ITV’s Chris Chip and Lizzie Robinson discussed the possibility of the Duke of York returning to royal life. Mr Ship outlined a long-term plan that Prince Andrew must follow in order to regain his royal duties but stressed the timing is currently not right for his return to be considered.

Mr Ship said: “There were some reports last weekend that he was going to make some sort of comeback, which I thought was remarkable.

“I cannot believe for one second that anyone in the Royal Family will be thinking of putting Prince Andrew front and centre of any event any time in the near future until all of this has been decided one way or another.”

Ms Robinson replied: “I found that extraordinary, I had a sort of double-take moment when I saw that story.

“The thought that he wants to return to royal life, to duties.

READ MORE: Meghan Markle and Prince Harry told ‘they can’t have it both ways’

“I just think until this has been cleared up and he has spoken to the FBI he is a distraction.

“He would be unable to work, without that hanging over him.”

Mr Ship added: “I get the impression they have got this long-term plan.

“In order for that to happen there would have to be a resolution of the legal process.

“It is perhaps not that right move to make at the moment, to talk about Andrew coming back to royal duties when this thing is still at the centre of the storm.”

The Duke of York has continuously denied any involvement with the “abhorrent” activities of Jeffrey Epstein.

Prince Andrew emphatically described allegations of abuse as “baseless” and earlier this year claimed he had offered his help to US authorities.

The Duke has “categorically” denied having any sexual contact with any of the women associated with Mr Epstein.