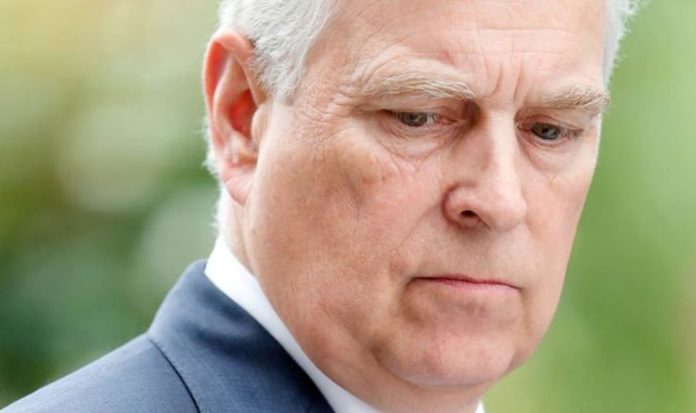 Prince Andrew stepped back from public duties in mid-November in the midst of the Epstein scandal. However royal author Nigel Cawthorne has suggested a royal return for the Duke of York should not be ruled out in the future.

But he has warned Prince Andrew would be unlikely to find the same working conditions he got used to over the past decades should he start to carry out royal duties again.

Mr Cawthorne, author of Prince Andrew, Epstein and the Palace, told Express.co.uk: “It is pretty much an open and shut case that such freedom will never come back again for him.

“If the Epstein affair blows over — he has after all vehemently denied the allegations against him — it is possible that he may be allowed to return and take up work for the Firm.

“But he has attracted so much bad attention over the recent years that such a role will be a pale shadow of what he is accustomed to.”

Prince Andrew issued a bombshell statement on November 20 last year, a few days after his car crash interview with Newsnight presenter Emily Maitlis, announcing he would step back from the royal frontline.

In the wake of this rare interview, focused on his relationship with Epstein, Prince Andrew saw several financial partners as well as patronages putting under review their association with him and his entrepreneurship scheme [email protected]

The Queen’s third child was accused of failing to express his sympathy for Epstein’s victims as well as not saying he regretted his association with the financier.

However, Prince Andrew expressed regret in his statement, in which he announced he would temporarily step back as senior royal.

He said: “It has become clear to me over the last few days that the circumstances relating to my former association with Jeffrey Epstein has become a major disruption to my family’s work and the valuable work going on in the many organisations and charities that I am proud to support.

“Therefore, I have asked Her Majesty if I may step back from public duties for the foreseeable future, and she has given her permission.

Prince Andrew may return to royal duties in the future, an expert said (Image: GETTY)

“I continue to unequivocally regret my ill-judged association with Jeffrey Epstein.

“His suicide has left many unanswered questions, particularly for his victims, and I deeply sympathise with everyone who has been affected and wants some form of closure.

“I can only hope that, in time, they will be able to rebuild their lives.

“Of course, I am willing to help any appropriate law enforcement agency with their investigations, if required.”

The Duke of York, who wholly denies all accusations against him in relations to the Epstein case, has been spotted only a handful of times in public since issuing this statement.

On Christmas Day, he was seen on a walk between Sandringham House and St Mary Magdalene Church ahead of the 11am service.

However, the Prince chose not to take part in the walkabout with the rest of the royals and attended another private service earlier that morning with the monarch.

In January, he was photographed arriving at church with the Queen on a Sunday.

And, in the midst of the lockdown, he was photographed by Sarah Ferguson’s personal assistant Antonia Marshall while preparing care packages and delivering them to a care home in Windsor.

Buckingham Palace did not comment on this move, but Express.co.uk understands it was the result of the Duke’s changing status within the institution.

The same move was taken with the Duke and Duchess of Sussex’s social media account, as Meghan and Harry have also stepped back the Royal Family.