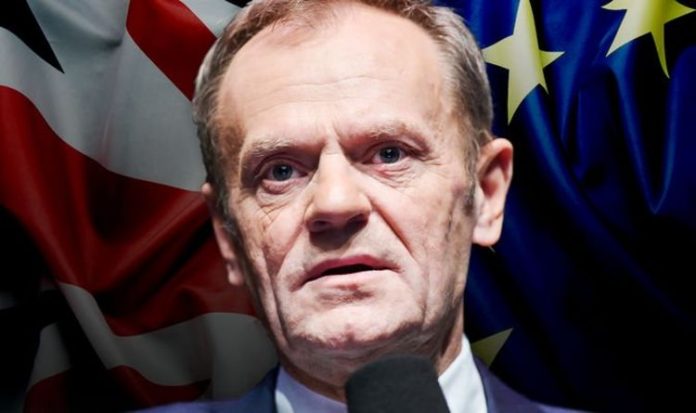 Former Governor of the Bank of England Mark Carney has recently returned to his native Canada after seven long years in Britain. Previously Governor of the Bank of Canada, Mr Carney relocated from Rockcliffe Park in Ottawa to London in 2013 when he was appointed to the UK’s central bank by then-Chancellor George Osborne. Known as the George Clooney of finance, Mr Carney was understood to be one of the highest-paid central bankers in the world with a package amounting to £883,911. Brexit changed the complexion of his job significantly, with the 54-year-old issuing frequent warnings about the perceived risk to the UK economy before and after the vote.

He was often accused of contributing to “Project Fear”, particularly after he warned that a vote to leave the EU could have pushed the economy into recession.

Not only did a recession never materialise, the Bank of England’s prediction that the economy would stagnate in the second half of 2016 was incorrect, as it grew 0.6 percent in the third quarter.

The British pro-EU campaign was not the only one guilty of scaremongering, though.

Before the 2016 EU referendum, the former President of the European Council Donald Tusk issued a stark warning on the future of the Western political civilisation.

Mr Tusk said a vote to leave the EU would have boosted anti-European forces.

He told the German newspaper Bild: “As a historian I fear Brexit could be the beginning of the destruction of not only the EU but also Western political civilisation in its entirety.”

Mr Tusk said everyone in the EU would lose out economically if Britain left.

He added: “Every family knows that a divorce is traumatic for everyone.

JUST IN: EU’s status as trading force in doubt after halloumi row

“The only thing that is destroying civilisations is the euro, which has ruined economies and led to youth unemployment soaring to nearly 50% in southern Europe.”

David Cameron’s spokeswoman said the former Prime Minister was “focused on the issue that is on the ballot paper”, adding: “We will leave Donald Tusk to speak for himself.

“The Prime Minister has set out many times how he views the opportunities and risks for the United Kingdom.”