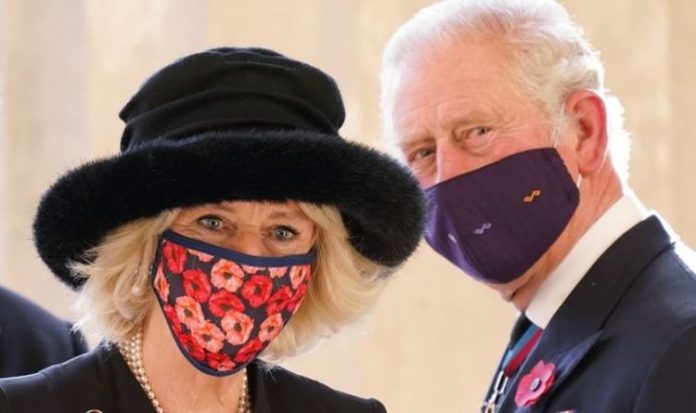 The Prince of Wales and Duchess of Cornwall became the first royals to take a trip overseas since the start of the coronavirus pandemic. The couple travelled to Berlin to mark Germany’s National Day of Mourning.

Prince Charles also became the first member of the Royal Family to take part in the ceremony in Berlin over the weekend.

The Prince of Wales gave a speech to praise the shared values between the UK and Germany that he said will endure after Brexit.

During his remarks at Germany’s parliament Bundestag, Prince Charles spoke about the “connection” between the two countries and that its people would “always be friends”.

He said: “The United Kingdom has chosen a future outside the European Union, and the relationship between our countries is evolving once again.”

The comments are the most direct reference that Prince Charles has made about the UK’s decision to leave the EU.

The Prince of Wales’ remarks came as the UK prepared to head into another week of negotiations with the EU in Brussels.

Prince Charles said politicians and officials may be negotiating the “shape” of the two countries’ relationship but its “essence” was down to the “connection” between its people.

He added: “It is, therefore, my heartfelt belief that the fundamental bond between us will remain strong: we will always be friends, partners and allies.

Prince William and Kate Middleton shared a heartwarming photo of Prince Charles laughing with the caption: “Wishing a very Happy Birthday to His Royal Highness The Prince of Wales!”

The project is an eight-piece capsule collection made up of sustainable clothing created by young artisans from Italy and the UK.

Royal aides told Vanity Fair the collection is selling fast with some items nearly selling out.

One aide said: “It’s selling out very quickly. The cardigan and the dress from the women’s line have nearly sold out.”

They added: “These are one-off pieces and once the collection is gone it’s gone.

“They are very special pieces and all profits outside of the cost of making the clothes go to The Prince’s Foundation to fund further training schemes.

“The prince will be delighted with the sales figures. He really believes in this project and in training craftsmen. They have all worked very hard on this.”

Prince Charles has continued to promote sustainability over the years and is known to re-wear items of clothing over decades.

During an interview with Vogue, Prince Charles said: “I’m one of those people who hate throwing anything away. Hence, I’d rather have them maintained, even patched if necessary, than to abandon them.”