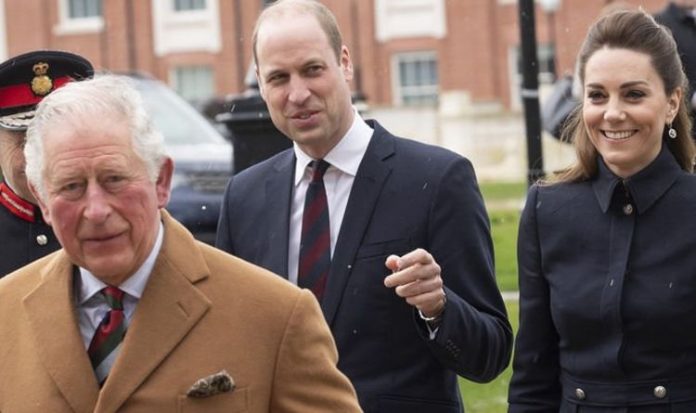 Charles and Camilla’s Clarence House Instagram account have shared a picture of Kate smiling at a socially distanced meet-up with parents at the Old English Garden in Battersea Park last year. It was posted with the caption “Happy Birthday to The Duchess of Cambridge” along with a cake emoji.

Royal fans gushed over Kate on her 39th birthday, sharing their best wishes to the Cambridge royal.

One user said: “Happy Birthday to an inspirational young woman who always behaves with dignity and decorum.”

Another added: “I wish her the best of the best because she deserves them. She is a wonderful role model to me and I love her so much!“

Clarence House also posted the image on Twitter with the same caption, but Twitter users can’t reply to the image after the Duke and Duchess received abuse online.

Their post said: “Thank you for your kind wishes on The Duchess’ birthday.

“Birthdays have been very different in recent months, and our thoughts continue to be with all those working on the front line at this hugely challenging time.”

The Kensington Royal also showed off Kate visiting the Batley Community Centre in West Yorkshire in December, as part of her and William’s royal tour.

Kate and William’s last public appearance came in December, when they finished their royal train tour of the UK with a stop at Windsor Castle.

Ingrid Seward, royal author, said Kate will be busy during the lockdown as she will be helping teach Prince George, Princess Charlotte and Prince Louis while schools are closed.

She said: “Kate will want to get straight back to work, which won’t be easy with the little ones at home, but she has shown how important her work is to her.

“It’s not just shaking hands, she’s got to the root of the Early Years campaign and she’s going to be doing much more in this area.”

She said: “The children have got such stamina, I don’t know how.

“Honestly, you get to the end of the day and you write down the list of all the things that you’ve done in that day. So, you pitch a tent, take the tent down again, cook, bake.

“You get to the end of the day – they have had a lovely time – but it is amazing how much you can cram into one day that’s for sure.”