Clive Irving, author of the new biography ‘The Last Queen’, warned Prince Charles as King will bring an end to the monarchy as we know it. The royal author likened the Prince of Wales’ future rule to “driving over a cliff” and said he was “entirely unsuitable” for the position.

He said: “The Queen seems more modern than Charles.

“She’s very much timeless, whereas Charles is an 18th-century figure.”

Mr Irving explained how one of the Prince of Wales’ major issues is that he looks older than Her Majesty.

He told Vanity Fair: “One problem is that he doesn’t look like an invigorating generational shift, does he?

“That’s what would be needed, something that reinvigorates and sends a sense that they’ve understood the modern world.”

Mr Irving also criticised how Prince Charles has run The Duchy of Cornwall.

He said: “He pulls in groups of advisers he targets for his issues and invariably they’re sycophants.

The 72-year-old royal is the Queen’s oldest son and next in line for the throne.

In his new biography, Mr Irving said Her Majesty will likely be the last Queen of England.

He wrote: “Queen Elizabeth II is the longest-reigning monarch in British history and will likely be the last queen of England.”

Queen Elizabeth II was crowned in June 1953 in Westminster Abbey when she was 27 years old.

Her Majesty’s coronation was the first British coronation to be televised and 27 million people in the UK tuned in to watch the event live.

In February, Her Majesty will mark her 69th year on the throne.

In September 2015, she became the longest serving monarch in UK history.

Next year will be the Queen’s Platinum Jubilee, and to mark the occasion a special four-day weekend has been granted for the UK.

Mr Irving said Her Majesty kept the monarchy alive through her “unknowability”.

He told Vanity Fair: “What she had to do was to maintain this strange thing that you have to maintain to keep the monarchy alive, and that’s the mystique of the monarch herself, a kind of unknowability.

“Here you have this paradox: One of the most famous people in the world, yet you still know so little about her, and that’s deliberate. 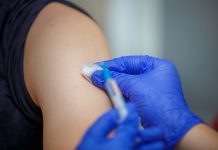 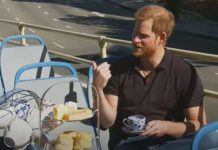