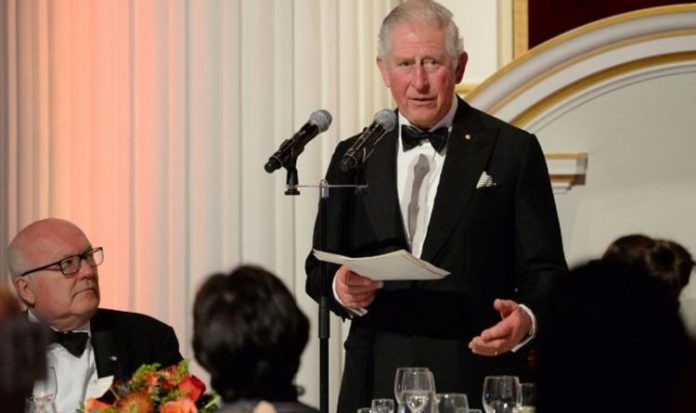 A star of Netflix’s new reality series, ‘Bling Empire’, has opened up about what it was like to eat dinner with Prince Charles. Christine Chiu, a longtime supporter of The Prince’s Foundation, shared her “fascinating” experience of being seated directly next to the Prince of Wales. She also spoke to Us Weekly’s Royally Us podcast about her “admiration” for the future king.

The Netflix star told listeners: “I was told about 10 minutes prior to the dinner that I would be seated next to him, which is such a great honour.

“But there is a lot of etiquette that goes with it.

“So I had to do a crash course of the etiquette rules.

“There are certain times when he stands up and you have to stand up, or he leaves first.”

She continued: “Then you’re supposed to face one way if he faces one way, and talk to the person to your right.

“Then if he faces the other way, everyone has to shift and talks to the left.

“There were a lot of dos and don’ts which is very fun and fascinating.

“However it’s a lot to think about when you’re just trying to have dinner.”

The reality star continued: “He’s incredibly charming and he’s got a wicked sense of humour.

According to the Royal Family’s official website, there are no obligatory codes of behaviour when meeting The Queen or another royal, but “many people wish to observe the traditional forms”.

It reads: “For men this is a neck bow (from the head only) whilst women do a small curtsy. Other people prefer simply to shake hands in the usual way.

“When greeting male members of the Royal Family, the title used in the first instance being ‘Your Royal Highness’ and subsequently ‘Sir’.”