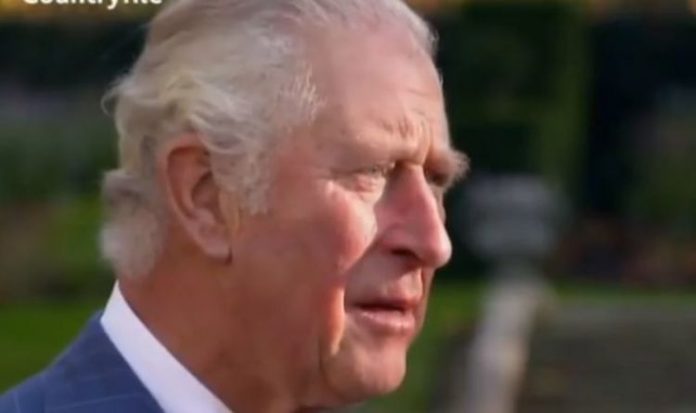 The Prince of Wales’ encouragement to the people of the UK came in an Instagram post from Clarence House. The heir to the throne said: “As someone with a passion for planting trees, I can only encourage you all to get planting for Plant Britain.” The Prince of Wales shared his message of support for the launch of the BBC Countryfile new campaign called Plant Britain.

The campaign’s goal is to plant 750,000 trees, which is one for every child in the UK who is starting primary school this year.

The Prince of Wales is not the only person to support the campaign.

It is also being backed by actress Dame Judi Dench, Queen guitarist Brian May and 1960’s model icon Twiggy.

The BBC’s Countryfile is working with the Woodland Trust who are supplying trees for viewers to plant at various sites across the UK.

The Woodland Trust gives out free tree packs so people can get involved in the planting scheme.

The new Countryfile programme will show just how much our trees and plants contribute to the health of the planet.

They take in carbon dioxide and release oxygen and act as vital, life-support systems for wildlife, insects, and pollinators.

However, comments were off on the article because of the amount of backlash about the portrayal of the Royal family in The Crown television series.

The historical drama depicts the love triangle between Prince Charles, Camilla and Princess Diana, as the future King is shown to ignore the late princess in favour of carrying out an affair with Camilla.

Last week, The Royal Family posted a picture of Camilla on Instagram as she attended a virtual prize-giving for the written entries of the 2020 Queen’s Commonwealth Essay competition, which had the theme “Climate Action and Commonwealth”.

But many of the comments underneath the post referenced the portrayal of Camilla in the Netflix show.

One person wrote: “Diana will always be my Queen, she deserves the love.”