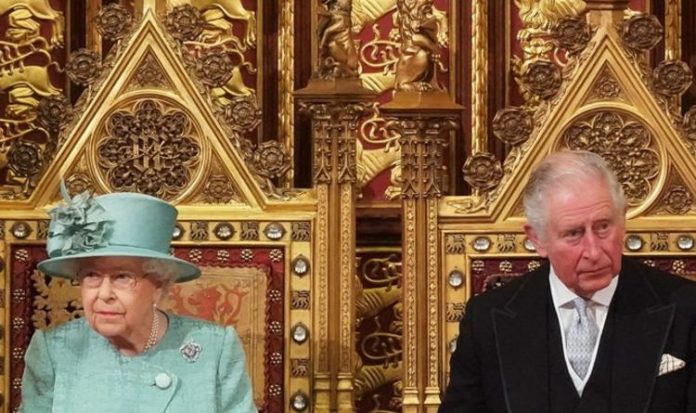 The Prince of Wales is next in the line of succession, and will ascend to the throne after the Queen dies or abdicates. But royal experts have pointed to countries calling for the monarchy to be removed as evidence Charles will struggle to keep the Commonwealth together after the Queen leaves the throne. Recently, Barbados has declared its independence from the monarchy and became a republic, and will remove the Queen as its head of state by 2021.

According to Chris Ship, host of the Royal Rota podcast from ITV, anti-royal sentiment will only grow in Commonwealth countries after the Queen leaves the throne.

Because of this, he believes Charles will struggle to keep the Royal Family together.

Pointing to Barbados, Mr Ship said: “I think countries becoming republics could prove to be a bigger challenge, not for this particular monarch the Queen, but for the next Prince Charles.

“It might be a bigger issue for King Charles the third to deal with this move to republicanism.”

READ MORE: Prince Charles ‘does not command same respect’ as Queen in Commonwealth

READ  Honours for services to the UK internationally in 2020

Mr Ship went on to add many countries have justified historical grievances with the monarchy, which could lead them to cut ties with the Commonwealth.

He added: “When we talk about the Commonwealth they were built out of the ashes of the British empire.

“There are now 16 countries which keep the Queen as head of state.

“Some of those countries, as we have discussed are very far away.

“Isn’t it now time for them to say yes we want to go ahead as a fully independent country with our own native head of state.”

Graham Smith, CEO of Republic, told Express.co.uk the Queen “the writing is on the wall” for the monarchy and should abolished once she dies.

He added Charles as king would “hasten the end” of the Royal Family, and could lead to a serious crisis.

Mr Smith said: “The monarchy tends to survive because of the Queen and Prince Charles is not as well liked or supported.

“He is also much easier to challenge and criticise, the problem with him is that he cannot help himself when it comes to interfering with politics.”

But Carolyn Harris, royal historian, reacted to Barbados dropping the Queen by saying other Commonwealth states may find it harder to leave, which boosts Charles’ chances of keeping the royal family together.

She cited 70 treaties between the Canadian government and indigenous people, and said to CTV News: “These treaties are with the Crown.

“So potentially, if Canada were to transition to a different form of government, it could reopen some of these treaties.”