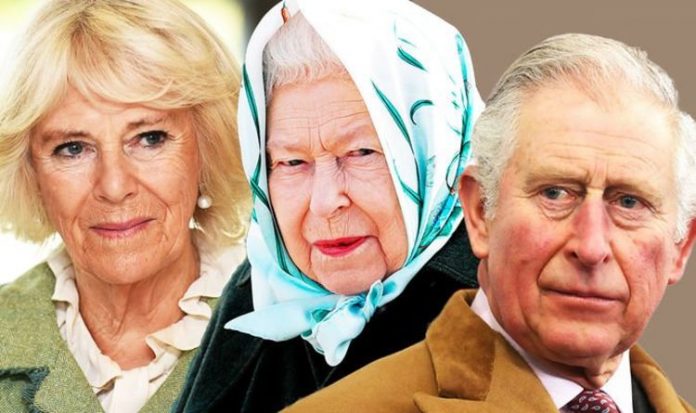 Prince Charles, 72, is the eldest child of Queen Elizabeth II, 94, and Prince Philip, 99, and is first in line to the throne. While the Windsors face making difficult decisions around who to bubble up with this Christmas, Charles’s place in the royal hierarchy makes him a likely Christmas guest for the Queen and Prince Philip as as it is believed the Duchess wishes to spend the holiday with her grandchildren.

From December 23 to 27, rules around social-distancing will be relaxed across the UK so that up to three households can bubble up together.

During the five-day period, households are not supposed to mix with anyone else from outside their extended bubble.

According to a royal insider the Queen’s youngest son Prince Edward, his wife Sophie, Countess of Wessex and their two children – Lady Louise Windsor, 16, and James, viscount Severn, will join the Queen for Christmas.

The source said: “Prince Edward and his family will be one of the two in her bubble.”

READ MORE: Queen braves freezing morning on her horse as she plans Christmas

While the source did not mention whether Prince Charles and Camilla could be among other royals allowed to join the Queen and the Duke’s bubble, their royal ranking makes them the next most obvious choice.

READ  Prince Harry news: US tax means Harry may not be able to give Archie funds he could in UK | Royal | News (Reports)

However, Camilla is thought to be keen to spend this Christmas with her grandchildren who she has hardly seen during the pandemic.

Back in July, the Duchess admitted to missing her grandchildren during an interview with BBC Radio 5.

Camilla told the BBC missing her grandchildren was “the worst” and that she had needed to resist her instinct to give them a hug when she saw them for the first time in more than three months.

Prince William and Kate, Duchess of Cambridge are expected to spend Christmas down the road from the Queen at Anmer Hall.

While the Cambridges are the future heads of the monarchy they are unlikely to be invited to join the Queen and Philip’s bubble because of their three young children.

Prince George, seven, and Princess Charlotte, five, are both pupils at Thomas’s Battersea and are understood to have been attending school throughout the second lockdown.

As George and Charlotte have been mixing with other pupils they could pose a higher risk to the Queen and Prince Philip who are both vulnerable to COVID-19.

George, Charlotte and Prince Louis, two, may get to see their great grandparents on Boxing Day if the family does decide to meet up outside at Sandringham for the shoot.