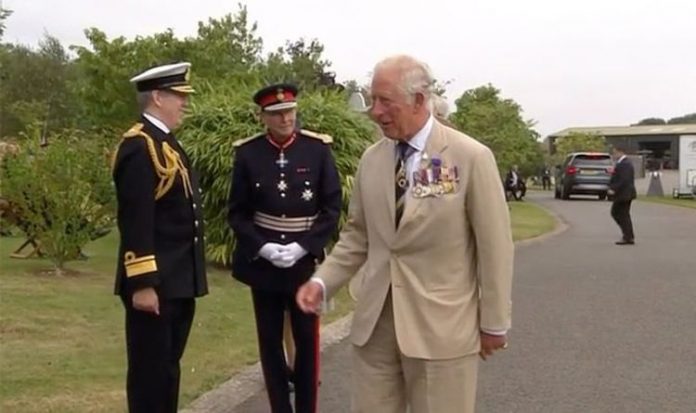 Prince Charles and Camilla are leading a national moment of remembrance at the National Memorial Arboretum in Staffordshire today. The Prince of Wales and the Duchess left their Scottish home in Birkhall to join veterans, officials and the Prime Minister in commemorating the 75th anniversary of VJ Day.

The royals’ appearance in Staffordshire comes as the Queen issued a deeply personal message to mark the poignant day.

She wrote in a statement: “Today we mark the 75th anniversary of VJ Day, which brought victory for the Allies and finally marked the end of the Second World War.