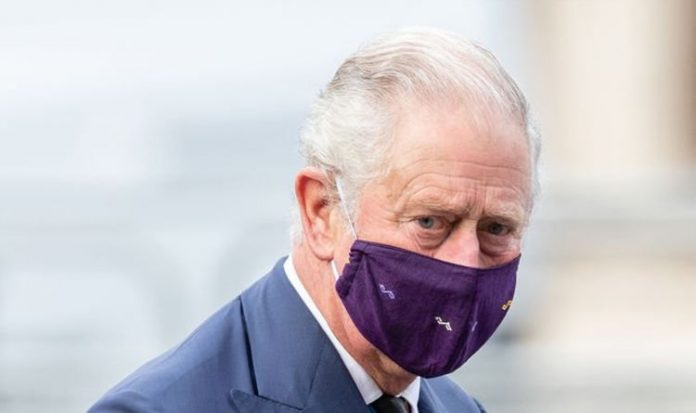 The Royal finances in 2019-2020 showed Prince Charles’ trip to Oman, where he offered condolences after a death in the country’s royal family, including flights costing £210,000. Prince Harry and Meghan Markle also went on a trip to southern-Africa which cost the taxpayer £245,000. Princess Anne flew to Rome to attend a Six Nations rugby match between Italy and Scotland, costing £16,400. Prince Andrew took a charter flight to attend the Royal Portrush Golf Club’s Open Championship, which cost around £15,800.

Expenses on travel, hospitality and property rose by four percent during the financial year – costing an extra £2.4million.

The recent report attracted criticism from some, but this isn’t the first time the Royal Family finances have come under fire this year.

The Prince of Wales’ income from the Duchy of Cornwall rose last year to £22million.

However, as Queen Elizabeth II deals with a shortfall in income, the secretary and keeper of the Duchy of Cornwall, Alastair Martin, warned of “significant” financial impact on Charles too.

He said: “The lockdown resulting from Covid-19 was only in place for one week of the financial year that this report covers.

“There is therefore very limited financial impact on these results.

“As to 2020-21, it is too early in the new financial year to be able to say with any confidence what the impact on our financial performance will be, but, despite having a particularly well-diversified asset base, we fully expect the revenue surplus to be down by a significant amount, in large part due to our trading enterprises being closed.

“We have not availed ourselves of the various government pandemic support schemes but have continued to pay all staff.”

READ MORE: Prince Charles blunt response on how he would rule as king

Graham Smith, of the anti-monarchy group Republic, hit out at the Royals earlier this year.

He said: “There is simply no justification for this ludicrous amount of money to be thrown at Charles when public services are stretched and local communities are impacted by the coronavirus.

“It’s time the Duchy was rolled back into the Crown Estate and its income served the British people, not one prince.

“We do not owe Charles a living. This nonsense has to stop.”