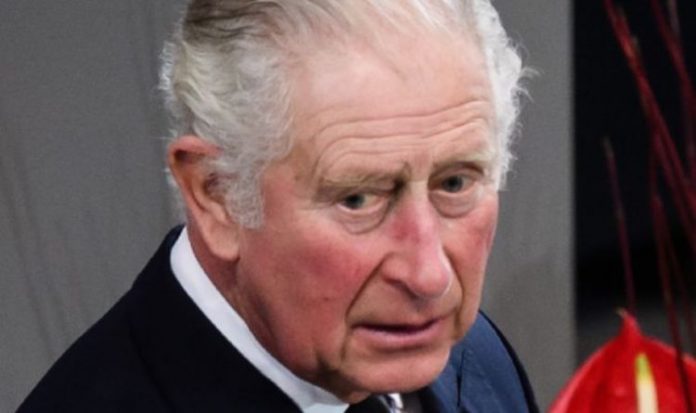 Prince Charles lost the right of bearing a set of ducal titles because of his great-grandfather’s decision to change the family name to Windsor. George V was forced into the heartbreaking decision to show his support to the British public after 18 children were killed in an air raid during World War One. The Royal Family became the House of Windsor after the king renounced the name of Saxe-Coburg-Gotha and stripped all his relatives of German titles and honours in solidarity with the people.

Letters patents issued since 1841 show all first-born sons of the sovereign received the titles of Duke of Saxony and Prince of Saxe-Coburg-Gotha in addition to the style of Prince of Wales.

The titles were the result of Queen Victoria marrying Prince Albert of Saxe-Coburg-Gotha, a member of the German ducal house of Saxony.

But royal commentator Lydia Starbuck said George V gave up the title for himself and all his descendants when he agreed to take on the more British-sounding surname of Windsor in 1917.

The Royal Central expert said: “There was one big problem for the ruling dynasty.

JUST IN: Kate and William greeted by bagpipes as they arrive at first Royal Train Tour destination

“But they were called Saxe-Coburg-Gotha, a German name and the enemy of Britain in the First World War was Germany.

“The German origins of George’s family, of Queen Mary’s family, she was Mary of Teck, began to become too problematic to ignore as the conflict came to its apogee.

READ MORE: Should Royal Train be scrapped due to eye-watering cost to taxpayer? VOTE HERE

Charles also holds the title of Duke of Cornwall, which is commonly linked to his wife Camilla, the Duchess of Cornwall.

While in Scotland, the first in line to the throne is known as the Duke of Rothesay and as the Earl of Carrick when in Ireland.

Once King, Charles will also receive additional titles currently held by his mother, the Queen, including Duke of Normandy, Duke of Lancaster and Lord of Mann.