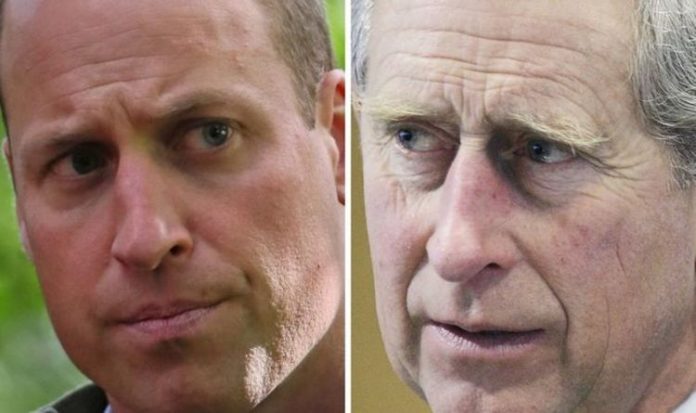 The Royal Family has been forced to be more low-key this year as the coronavirus pandemic hit. Many members have been unable to carry out in-person duties such as meet and greets, openings, and addresses. Much of their work has been carried out through video calls, although some royals have in recent weeks began to increase their in-person presence.

And Prince Charles and Camilla, Duchess and Cornwall were pictured enjoying a night out in London’s Soho to raise awareness for an ailing nightlife scene.

Before the pandemic, Charles, William, and Prince Harry were often interviewed together on the charitable causes they contributed towards as a family – this being harder now that Harry left the Royal Family for the US with Meghan Markle in January.

All three previously worked closely together on Charles’ the Prince’s Trust – a charity to help young vulnerable people get their lives back on track.

During an interview with Ant McPartlin and Declan Donnelly to commemorate the Trust’s 30th anniversary, Charles took a sneaky swipe at William.

It came as the group talked about football, and William explained the reasoning behind his support for Aston Villa.

When asked about his FA Presidency, he said: “Yeah, it’s a great job – loads of free tickets.”

Charles was quick to add: “They must be very desperate to have him.”

JUST IN: What crisis? Popularity of Royals INCREASES despite The Crown

It came as Ant and Dec probed Charles on whether the brothers had helped bring him up to date with modern music and culture.

When asked by Dec whether they had a similar music taste, William, then a 24-year-old, said: “We’re quite similar,” to which Harry replied: “Very similar.”

However, William quickly added: “I’d say his is pretty shocking actually but mine was quite good.

“But apart from that we tend to pretty much like the same music.”

Harry, stuck without a comeback, looked at Ant and Dec and smiled.

The Prince’s Trust is one of the most successful funding organisations in the UK.

It is also the UK’s leading youth charity.

Over 950,000 young people have been given grants to turn their lives around and start businesses, many of which have gone on to become million-pound ventures.

Entrepreneurs with a keen eye for detail have also been granted bursaries and funds, around 125,000 of them.

While nearly 400,000 businesses have been given support in the face of collapse.

One of the most successful businesses the Prince’s Trust has helped is called Attik.

In 1986, James Sommerville and his business partner Simon Needham bought a new Apple Mac, secured a grant from the Trust and founded a design agency in James’ grandmother’s attic.

It is now a high-flying branding agency working with the likes of MTV, Coca-Cola, Toyota, employs hundreds of people, has offices in Sydney, London, Los Angeles, New York and Huddersfield, and turns over more than £25million a year.