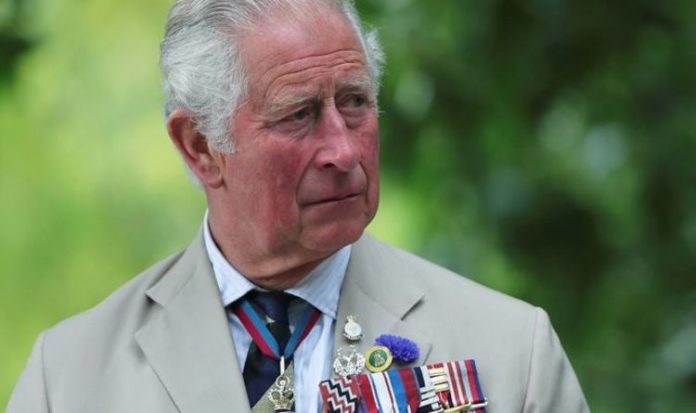 Prince Charles and Camilla are the ‘perfect match’ says expert

The Queen was recently reported to be potentially stepping down from the role she has held since 1952 as early as April when she turns 95. Prince Charles would then be Prince Regent, also known as a stand-in sovereign, as he is first in line to the throne. But even in the event of a regency or a change in the running of the monarchy, the Queen would still keep her title.

In preparation for his role change, Charles is giving up the lease on his beloved organic Home Farm in the spring.

Charles has farmed at the 1,000-acre plot near his country home Highgrove in Gloucestershire for 35 years.

It is understood he could not commit to a new 20-year-lease, as he is expected to become King at some stage.

Charles will keep Highgrove as his country retreat instead and won’t have a new home at Sandringham in Norfolk.

Prince Charles is preparing to take over from the Queen (Image: GETTY)

Royal commentator Robert Jobson previously said: “I still firmly believe when the Queen becomes 95, that she will step down.”

He said: “I think she won’t want to, but realistically she will get to a point where she has handed over everything to Charles and then how do you look your son in the eye and tell him he is not going to be King?

Philip announced his retirement when he was 95.

Prince Charles will one day become King as he is the Queen’s eldest child (Image: GETTY)

The Queen did, however, pledge on her 21st birthday: “I declare that my whole life, whether it be long or short, shall be devoted to your service.”

Buckingham Palace said the Queen has no intention of stepping down after she kept out of the public eye due to the coronavirus pandemic.

Other milestones coming up in 2021 include Philip’s 100th birthday in June and the Queen’s 95th in April.

Princess Eugenie and Zara Tindall are both pregnant, and set to welcome the Queen and Philip’s ninth and 10th great-grandchildren.

2020 was a year without the traditional Trooping the Colour ceremony, Palace garden parties, state visits, long-haul overseas tours and pomp and pageantry of royal occasions.

The Prince of Wales is first in line to the throne (Image: EXPRESS)

When the Royal Family will resume normal service will depend entirely on the course of the coronavirus pandemic.

Prince Harry and his older brother Prince William have scheduled a date for the unveiling of the statue they commissioned to honour their late mother Princess Diana.

The memorial by Ian Rank-Broadley, which was delayed because of the Covid-19 outbreak, is due to be unveiled in the Sunken Garden of Kensington Palace on July 1, which would have been the Princess of Wales’s 60th birthday.

The news raised hopes the project will bring the brothers closer together after their rift.

Charles will not renew his lease on his beloved Home Farm (Image: GETTY)

Other events will include the Commonwealth Heads of Government Meeting in Rwanda in June, at which Prince Charles is likely to represent the Queen.

Kate will also pursue her work on early years.