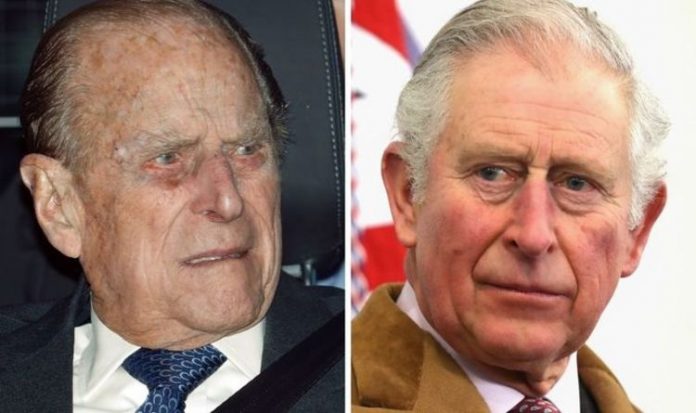 Philip was well known for his critical views on farming, once claiming it was “too important to be left to farmers”, a snub similar to that aired by Charles on BBC Radio 4 this week. The future King waded into the climate change row once again, as he took aim at farmers as he argued the “overuse of antibiotics and the overuse of growth-promoting hormones in beef production” will leave society “in tears if it went too far”. He argued that these “conventional techniques” were severely damaging for the climate, and would ultimately see nature ruined if it continued.

His grim prediction that there “would be no tomorrow” if the practises weren’t stopped, was concluded with the demand that “the polluter should pay” for damage caused to the environment.

Charles’ argument mirrored the Duke of Edinburgh’s – who for most of his long reign by the Queen’s side has been vocal in his opposition to methods employed by farmers.

His critique of techniques was also present during a Shooting Times interview, when Philip said farmers were “constantly trying to produce cattle, that will produce more milk and less cow”, arguing they just wanted to create “a hat rack, with an udder attached”.

Philip said in 2009: “They can’t really go on making such a travesty of an animal, there must be a limit to this.

“Even more ridiculous is the fact that milk is actually cheaper than bottled water. It seems quite bizarre to me.”

He also argued during ITV’s documentary ‘The Duke: A Portrait of Prince Philip’ there was no “absolute certainty that modern farming is quite as useful as it sounds”, adding: “You have got to be emotionally committed to it – but if you stand back and be open minded about it, it is quite difficult to really find where it has been a real benefit.”

JUST IN: Prince Charles and Camilla Duchess of Cornwall’s 2020 in pictures

The Duchy of Cornwall covers around 130,000 acres of land across 23 counties, and is clearly something the Cambridge family will enjoy.

William said: “My children are already playing on the tractors and … it’s so important to get outside, and have the children understand nature.”

Charles, however, hasn’t always been critical of farming, as he previously said this year that the UK owes farmers “an enormous debt of gratitude” as they continued working to supply food during the pandemic.

During an interview with Country Life in April, he admitted the Covid-19 crisis had “brought home how much we rely on our agricultural community”, everyone “from field to fork”.

He explained that their hard work shouldn’t be taken for granted, adding: “When was the last time anyone gave the availability of a bottle of milk, or a loaf of bread, or fresh vegetables a second thought?

“Suddenly, these things are precious and valued. And this is how it always should be.”

Charles, like his father, has used his position to push matters close to his heart, and climate change is among the chief causes he always discusses.