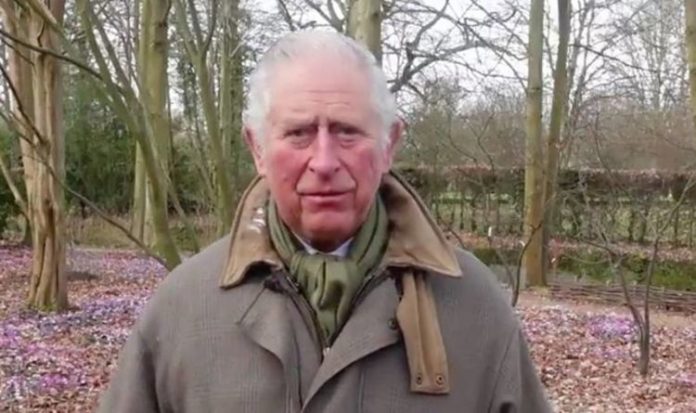 Prince Charles was ‘jealous’ of Harry and William says expert

Prince Charles, a life-long environmentalist, has launched a new initiative to encourage children to step outside this half-term. The Prince of Wales has set youngsters six challenges to complete over the week-long school break, which includes tasks such as spotting birds, planting seeds and decorating pebbles, stones and shells.

Prince Charles has launched the project by releasing a new video message, where he opened up about being “frustrated” by not being able to get outside as much he would like during the coronavirus pandemic.

He added that it has been “an incredibly hard year for everyone”.

The heir to the throne went on to launch the new project, aimed at encouraging children to spend time outside this half-term and discover what the natural world has to offer.

He said: “So, here’s a challenge for you. While you have a little time off from all your online learning, can you encourage your family to go out with you to take a really close look at the wonderful things nature is now doing, and how the same patterns occur over and over again?”

Prince Charles has opened up about his lockdown (Image: INSTAGRAM)

Prince Charles has launched a half-term challenge to encourage children to discover the wonders of the natural world (Image: Getty)

He added: “See for instance, how many birds you can spot; plant the seeds left from cooking vegetables and see how long it takes them to sprout; decorate pebbles, stones or shells.

“But whatever you do, look closely.

“Notice the way nature organises everything so precisely, using the sorts of shapes I’m sure you have drawn in school with a pair of compasses – circles, spirals, five-pointed stars.

“I promise you, once you start looking at nature and searching for these common shapes, you will see them everywhere.

JUST IN: Meghan Markle following ‘well-worn path’ into US politics

Prince Charles has been a life-long enviornmentalist (Image: Getty)

“And that’s because they are so useful to nature.

“The more you look at every leaf or seed or feather, you see that they have so much in common; they all work in the same way to keep life going.

“And don’t forget that we have those patterns in us too, which is why it’s so important to spend this time looking at how nature works – it teaches us how we work too.”

Prince Charles decided to launch the half-term challenge after being approached by one of his charities and asked to consider encouraging children to explore outside and engage with nature.

The daily tasks will be set via Charles’ Clarence House Instagram page and the challenges have been curated to ensure they are accessible wherever children may live and can be carried out locally, with any travel on foot only.

Participants can share their creative efforts in the form of drawings, photographs or even short film, online.

Other tasks that children will be asked to get involved with include drawing an elephant and using leaves as the ears or creating a garden scene on a plate using materials from the garden, the park or kitchen cupboards.

Craig Bennett, chief executive of The Wildlife Trusts, said: “We know how vitally important establishing and maintaining a connection with the natural world is for our mental and physical wellbeing.

“Plenty of studies have proved the positive impact that time spent outdoors can have for young people.”