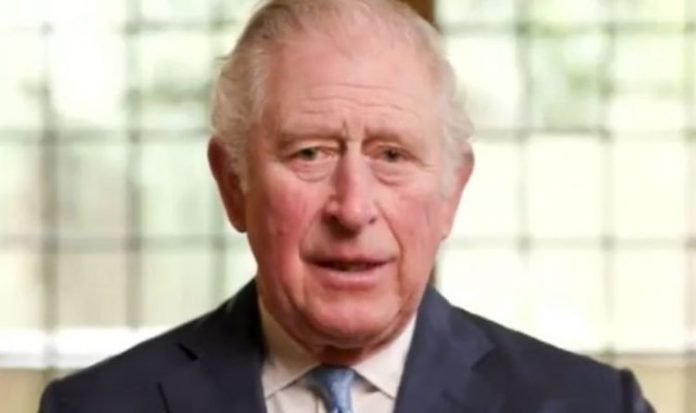 In Channel 5’s royal documentary When the Middletons Met the Monarchy, royal commentators discussed the future of the monarchy, through the lens of the Middleton family. Relationship psychologist and expert Anjula Mutanda insisted that Prince Charles may have grown frustrated with how little time he spent with his grandchildren in comparison to Kate’s parents. She added it was perfectly natural to feel this way, however, and noted how grandparents will want to make significant impacts on their grandchildren’s lives.

Narrator Glynis Barber said: “As we look further along the line of succession, who will have more influence on the future of Kate and William’s children?

“Will it be Middletons or the monarchy?”

Ms Mutanda said: “It has been rumoured Prince Charles felt a little bit jealous at times.

“He was jealous that Carol and Michael Middleton were spending more time with the grandchildren than he was.

“That is a very natural reaction that a lot of grandparents have.

Going forward, Kate is likely to step away from the Royal Family traditions of upbringing.

Royal commentator Tom Quinn and Ashley Pearson claimed Kate will want her and her family to have a large influence on their upbringing.

This will be to ensure that her and Prince William’s children experience a more upper-middle-class upbringing rather than royal.

Mr Quinn added the Royal Family’s traditions and ways of bringing up children would likely be considered too formal.

He said: “I suspect everyone thinks that in terms of the children the Royal Family will inevitably have the most influence.

“That is entirely wrong because it will be the Middletons who have the influence.

“The Royal Family is too formal and stuck in its ways.”

Ms Pearson added: “I think there is going to be a modification of the royal upbringing.

“In part, I think this is because we are living in different days.

“But I also think this because Kate had a very sensible upper-middle-class upbringing.

“She will want her boys to experience some of that.”