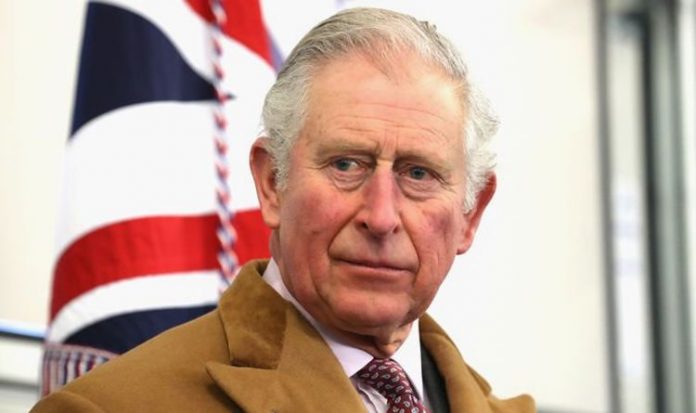 Prince Charles: Inside The Duchy Of Cornwall documentary trailer

This week, the Prince of Wales has come under fire after reports claimed he vetted legislation that gave a special exemption to the Duchy that stopped his tenants buying their homes. The opaque procedure known as the Queen’s assent allows the Queen or Charles to vet the contents of bills by government ministers and approve them before they are to be passed by Parliament. The Queen is given two weeks to view any draft bill that will affect the revenues, assets or interests of the Crown, including the Crown Estate, the Queen’s estate and the Duchy of Lancaster, while Charles is offered the same opportunity with those affecting the Duchy of Cornwall.

A report this week claimed three bills vetted by the Prince of Wales ended up with special exemptions for the Duchy that means residents on his estate cannot buy their own homes outright.

Furthermore some residents have claimed their homes have diminished in value and they cannot borrow against them to help pay for things like social care.

However, a Duchy of Cornwall spokesman said: “Any assertion that the Prince of Wales has blocked or unduly influenced legislation is incorrect.”

This is not the first time the role of Charles has been criticised for issues relating to the Duchy.

READ MORE: Prince Charles stepping aside for William would ‘smack of desperation’

The Queen’s assent procedure means the Queen has vetted over 1000 bills during her reign (Image: GETTY)

The Duchy is an area of land in Cornwall ‒ as well as property in 22 other countries ‒ that has been given to the eldest surviving son of the monarch since it was established by Edward III in 1337.

Charles runs it as a private estate, with the land and its assets being worth over £1billion in the financial year 2018-2019.

The Duchy has a number of ancient provisions which Charles is still the beneficiary of, for example the right to anything salvaged from Cornish shipwrecks.

Crucially, however, centuries-old rules dictate that Charles retains the rights to the property of Duchy residents who die without a will or heirs.

This also applies to assets remaining after the dissolution of a company.

He also reportedly has the power to veto any laws that would change this arrangement.

By contrast, the property of all other British citizens who die reverts to the Treasury.

In the 2019-2020 financial year the heir to the throne received £201,000 from residents who died without a will, or from dissolved but unclaimed companies, according to the Duchy of Cornwall revenues report.

One of the prince’s biggest projects to date was building the town on Poundbury in Duchy of Cornwall (Image: GETTY)

Charles and William on the Duchy Home Farm (Image: GETTY)

This boosted the total income from the Duchy to more than £22million.

The previous year, a staggering £868,000 was received in the process know as bona vacantia.

This meant in just two years, more than £1million was paid to the Duchy from unwritten wills.

Prince Charles does not keep the money himself, but retains some in reserves in case of future claims and gives the rest to his Duke of Cornwall’s Benevolent Fund.

This Fund invests and grows the money and it is then paid out to charitable causes and institutions in Cornwall and the Southwest.

In the last financial year, a total of £182,000 was paid out in ex gratia payments and the rest was retained with creditors to meet potential future claims from individuals statutorily entitled to estates which had previously passed to the Duchy.

Since then, he has used the Duchy’s revenues for his expenses, in addition to the Sovereign Grant money his households receive for the prince’s official duties.

Money from the Duchy has been used to prop up Prince Harry and Meghan Markle’s first year apart from the Royal Family.

Prince Charles and the Duchy of Cornwall have not been the only aspects under the microscope of The Guardian’s series on the Queen’s Assent.

Indeed, the Queen herself received some flak for intervening in a transparency bill in order to keep her own private wealth a secret, the newspaper reported.

Documents from the National Archives revealed correspondence from the Seventies in which Her Majesty’s representative urged civil servants to adapt the plans to keep her finances under wraps.