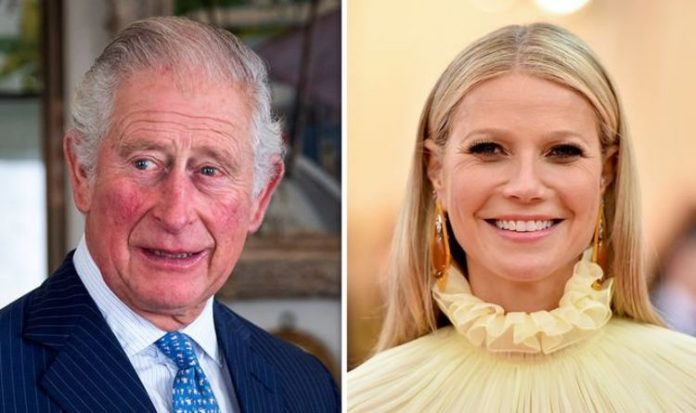 Gwyneth Paltrow has been urged to stop spreading misinformation by the medical director of NHS England after she suggested on her blog Goop that long Covid could be treated with various alternative medicines. The Hollywood star described how she herself had caught coronavirus and had since suffered with “long-tail fatigue and brain fog”. However, she claimed to have successfully treated it with “intuitive fasting”, herbal cocktails and regular visits to an “infrared sauna”.

However, the promotion of these unproven methods prompted a scolding from Professor Stephen Powis of NHS England, who said: “We wish her well, but some of the solutions she’s recommending are really not the solutions we’d recommend in the NHS.

“All influencers who use social media have a duty of responsibility and a duty of care around that.”

Like Gwyneth, Prince Charles has previously faced criticism for promoting alternative medicine, in particular homeopathy, due to the lack of evidence that it works.

The NHS has banned homeopathic treatments from being funded and the British Medical Association described it as “witchcraft”.

The Prince of Wales has been specifically called out for advocating the controversial treatments, too.

He was branded an “immoral snake oil salesman” by renowned scientist Professor Edzard Ernst in his book ‘More Harm Than Good?’

Prof Ernst founded the department of Complementary Medicine at the University of Exeter, became the world’s first academic on the subject and has founded two medical journals.

Over the years, he has published a lot of critical research exposing methods that lack documentation of efficacy.

The expert lambasted Charles for lobbying health ministers to set up a register of holistic practitioners and making impassioned speeches at the World Health Assembly and British Medical Association.

He said: “You can’t have alternative medicine just because Prince Charles likes it, because that is not in the best interest of the patients.

“The quality of the research is not just bad, but dismal. It ignores harms. There is a whole shelf of rubbish being sold and that is simply unethical.”

His co-author, Dr Kevin Smith ‒ a senior lecturer at Abertay University specialising in Complementary and Alternative Medicine and genetics ‒ agreed that these alternative medicines are “immoral”.

He added: “We certainly are very worried about the future King being a proponent.

“We should start to think of complementary and alternative medicines as a controversial industry, like tobacco, pornography and gambling.

“They are worthy of this badge of being morally tainted.”

The scientists said Charles should not advocate the treatments, which are often made of heavily diluted forms of plants and minerals.

They said: “To knowledgable rational observers, the spectacle is straightforwardly absurd, but because the heir (and soon occupant of) the British throne is in a highly influential position, his pontifications do a disservice to the truth.”

They added that Charles’ previous support for “unproven cancer treatments” was “foolish and immoral”.

Prof Enrst was once invited to Charles’ home at Highgrove to look at a draft report by economist Christopher Smallwood.

The report had been commissioned by the Prince to find out whether alternative therapies could save the NHS money.

It had concluded that the NHS could save £3.5billion but Prof Enrst quickly threw cold water on it, saying it was “outrageous and deeply flawed”.

He accused Charles of “overstepping his constitutional role”.

Prof Enrst has even claimed he was forced into early retirement from the University of Exeter after a complaint from the Prince’s private secretary.

They claimed that the Professor had committed a serious breach of confidentiality which left him facing a year of disciplinary hearings and investigations.

He was cleared of wrongdoing, but funding for his department dried up and he took early retirement.

In his book, the scientist accused the Prince of “exploiting a gullible public” for selling homeopathic “tincture” through his Duchy Originals brand.

Charles also recently came under fire for his comments about the origins of coronavirus.

In an interview with Sky News, he blamed a loss of biodiversity for the pandemic, but was shot down by Professor Keith Neal, Emeritus Professor of the Epidemiology of Infectious Disease at the University of Nottingham.

Prof Neal told Express.co.uk that Charles’ claims were “not scientifically accurate”, adding: “Too many people without scientific knowledge are commenting as if they have expertise.”