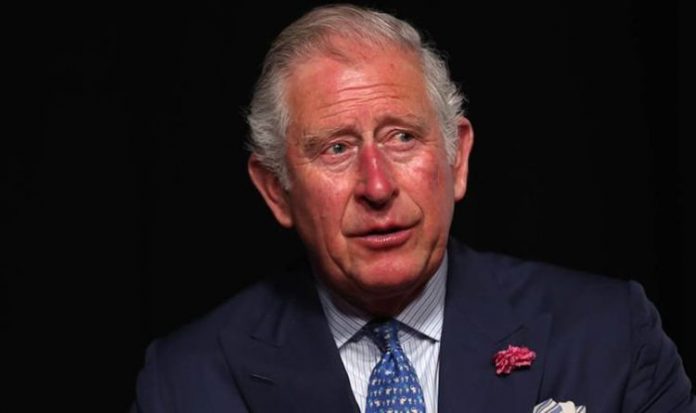 Prince Charles discussed the importance of reusing, repairing and restoring old items, appliances and clothes to avoid waste. While confessing he gets most of his items of clothing repaired rather than buying new ones, the Prince of Wales recalled a memory from his childhood – revealing thriftiness runs in the Royal Family.

Speaking to Vogue’s editor-in-chief Edward Enninful, Charles said: “When I was a child, we used to take our shoes down to the cobbler in Scotland and would watch with fascination as he ripped the soles off and then put new soles on.”

Charles noted thriftiness is a great way to reduce waste and a key move in the fight against climate change, as it quashes the resources used to produce new items.

But it is also good for the economy, he said.

He explained: “Well, I’m lucky, because there are kind people who help with these things.

Prince Charles recalled taking shoes to a cobbler in Scotland as a child (Image: GETTY)

“But yes, I happen to be one of those people who’d get shoes – or any item of clothing – repaired if I can, rather than just throw it away.

“And that’s why I think, from an economic point of view, there are huge opportunities for people to set up small businesses involved with repair, maintenance and reuse.

“Which is one of the reasons I’ve tried here, at Dumfries House, to start a kind of thrift market for precisely that purpose, where you can bring things in – whether it’s electrical appliances or anything – to be mended.”

The Prince of Wales was thrifty even on the wedding day of Meghan Markle and Prince Harry.

Prince Charles wore a suit he bought in 1984 at Meghan and Harry’s wedding (Image: GETTY)

Mr Enninful noted the prince wore a suit by Anderson & Sheppard dating back to 1984.

Asked whether he considered wearing a new one before the nuptials in May 2018, Charles said: “I’ve considered it.

“But in the case of that particular morning coat, as long as I can go on getting into it, I only wear it a few times a year, in the summer, so obviously you want to keep those sorts of things going.

“But if I can’t fit into them, then I just have to have something new made.

“But I’m not sure quite how radically different they can be at my age.”

Prince Charles with the Queen, Prince Philip and Princess Anne at Balmoral Castle in 1952 (Image: GETTY)

Prince Charles prefers to recycle and repair clothes rather than buy new ones (Image: GETTY)

As recalled by Mr Enninful, Prince Charles’s mantra was “buy once, buy well” – which fits in with his desire to see the economy changes from a linear one to a circular system, where items.

Charles said: “I’d rather have them maintained, even patched if necessary, than to abandon them.

“The difficulty is, as you get older, you tend to change shape, and it’s not so easy to fit into the clothes.

“I can’t bear any waste, including food waste; I’d much rather find another use.

“Which is why I’ve been going on for so long about the need for a circular economy, rather than a linear one where you just make, take and throw away – which is a tragedy because inevitably we over-exploit natural resources that are rapidly depleting.”

During their chat, Prince Charles was complimented by Mr Enninful about his fashion choices.

Joking, the Prince of Wales replied: “I thought I was like a stopped clock – I’m right twice every 24 hours.

“But no, I mean, I’m very glad you think it has style.

“I mind about detail and colour and things like that – and colour combinations.

“I’m lucky because I can find marvellous people who are brilliant makers of the things that I appreciate, and because of that, I try to keep them going for longer.”