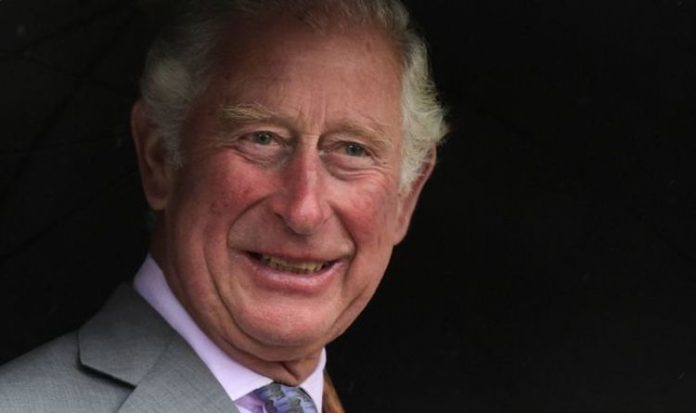 Prince Charles, one of the hardest-working members of the Royal Family, has agreed to become the new patron of Barts Heritage in the run-up to a special anniversary. The charity has been created to oversee the repairing and renovation of the historic Grade I listed North Wing and Henry VIII Gatehouse at St Bartholomew’s Hospital in the City of London.

The organisation aims to carry out the necessary renovation works by 2023, in time to celebrate the 900th anniversary since the foundation of St Bartholomew’s Hospital.

The period of Prince Charles’s patronage will cover the £15million fundraising appeal launched by Barts Heritage to restore the hospital’s Smithfield site.

Will Palin, chief executive of Barts Heritage and son of Monty Python star Sir Michael Palin, thanked the royal for his support.

He said: “We are hugely grateful to The Prince of Wales for his support and Patronage as we look forward to implementing our plans to conserve, repair and renovate these nationally important Grade I listed buildings.

“Royal Patronage is an honour for our project, and will also give a massive boost to our forthcoming 900th fundraising campaign.”

Mr Palin has previously overseen the restoration of the Painted Hall at the Old Royal Naval College, Greenwich, designed by Sir Christopher Wren.

News of Prince Charles’s patronage was welcomed also by the chief executive of the historic hospital, Prof Charles Knight.

READ MORE: Queen forbids the use of ‘dirty word’ ‘abdication’ in her presence

He said: “The historic North Wing is at the heart of our working hospital, a physical manifestation of excellence in its own right and a symbol of the principle of universal care which inspired our founder nearly 900 years ago.

“Restoring this wonderful building means its beautiful historic spaces can become places of healing, contemplation and inspiration for our staff, patients and visitors in the future.”

Barts Heritage was created in partnership with Barts Health NHS Trust, the chair of which also welcomed Prince Charles as patron.

Ian Peters said: “We are thrilled to have the Prince’s support and Patronage for both Barts Heritage and the 900th anniversary campaign.”

Speaking about how key is the support of the Prince of Wales in the midst of the charity’s fundraiser, Mr Peters added: “This will be an enormous help in realising our aims to conserve the heritage of the hospital while also improving patient care and the working lives of our staff.”

St Bartholomew’s is the country’s oldest hospital still providing medical services from the same site it was first built.

It was founded in 1123 by Rahere, an Augustinian monk and aide of King Henry I, to serve the sick and poor in the capital.

Prince Charles is at the helm of several organisations as patron or president, which he has continued to support during the coronavirus pandemic.

The Prince of Wales was crowned hardest-working member of the Royal Family last year, having attended 521 official engagements in 2019.

The Royal Family carried out a total of 3,567 duties last year.

This year, the number of engagements the royals will be able to complete is likely to be smaller than last year due to both the COVID-19 crisis and the fact that Meghan Markle, Prince Harry and Prince Andrew aren’t carrying out royal duties.