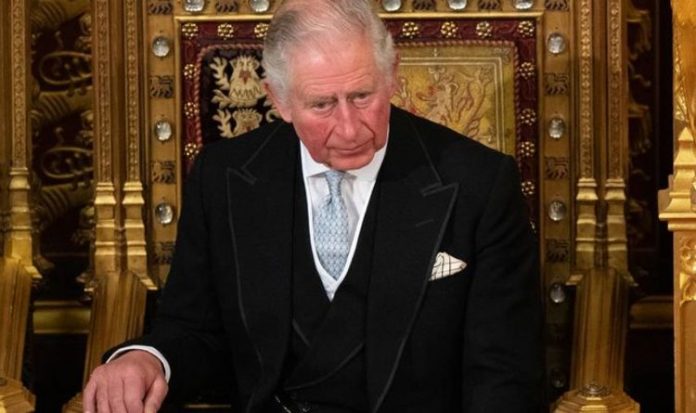 The fourth series of the historical drama depicted the love triangle of Prince Charles, Princess Diana and Camilla in the 1980s. The show portrays Prince Charles virtually ignoring his isolated young wife as he longs to be with Camilla instead of Diana. This portrayal has resulted in Charles and Camilla receiving backlash on social media to the extent that their official royal accounts have recently turned comments off posts.

The negativity has sparked fears Charles may not be accepted as the next monarch following unconfirmed speculation the Queen could step down as early as next April when she turns 95.

But Professor Philip Murphy, director of the Institute of Commonwealth Studies at the University of London, said he did not think the controversy over the Crown would affect Prince Charles becoming King.

He told Express.co.uk: “There has been work going on to give him a more permanent role as the Queen gets older and may prepare to step down.

“This backlash is a temporary thing as the Queen will still be around for a number of years to come and this current controversy will soon pass.

“The monarchy is not a popularity contest. Regardless of what happens, he will become King when his mother dies.

“He will carve out a new role for himself that is different from the Queen and will become an asset to the monarchy in his own way.

“Charles and Camilla will be accepted.”

Royal commentator Robert Jobson recently claimed Her Majesty could step down and make Charles Prince Regent when she reaches the age of 95 next year.

She attended a virtual prize-giving for the written entries of the 2020 Queen’s Commonwealth Essay competition, which had the theme “Climate Action and Commonwealth”.

However, many of the comments underneath did not focus on the project and instead referenced the portrayal of Camilla in the Netflix show.

One suggested Camilla should have married Charles before Diana so that the late princess could marry someone who “cherished her” instead.

They said: “Charles should have been allowed to marry Camilla in the first place.

Another person wrote: “Diana will always be my Queen, she deserves the love.”

However, there was some support for Camilla amongst the negativity.

Earlier this year, Buckingham Palace said the Queen has no intention of stepping down after she kept out of the public eye during the coronavirus pandemic.

Palace aides said: “It’s a delicate line but I think we will see her doing private audiences again and more of the work we are used to seeing her do in public at some point in the future.”