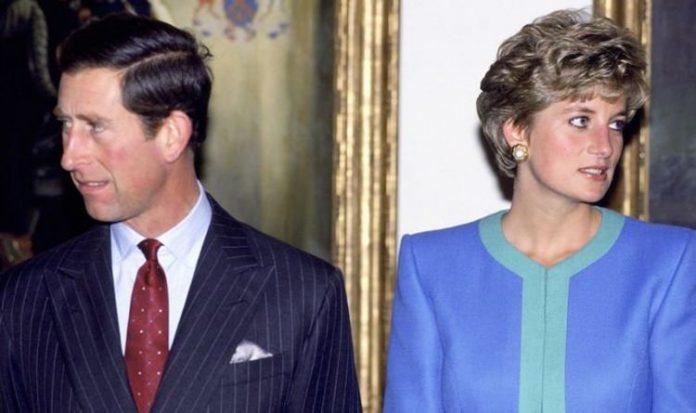 Charles and Diana’s relationship has proved to be one of the most tumultuous in Royal Family history. It is partly because it was played out in the public’s eye, and partly as a result of the numerous books, reports and dramatisations of the pair’s fallout and eventual divorce. In November, Netflix released the fourth series of its ‘The Crown’, with it, exploring Diana’s struggles against The Firm and their efforts to mould her into their vision.

Also detailed is her struggles with mental health and the debilitating eating disorder, bulimia.

Interest in the couple has, then, piqued.

In 2017, some of Diana’s frustrations were broadcast for the very first time by Channel 4 in their programme, ‘Diana: In Her Own Words’, a collection of recorded conversations with her voice coach in 1992 and 1993 – the interlude years that featured unprecedented intrusions on both Charles and Diana’s private lives.

Prince Charles: The royal was jealous of Princess Diana’s popularity among the public, she claimed (Image: GETTY)

The Crown: The release of the programme’s fourth series piqued interests in their relationship (Image: GETTY)

It was in these audio recordings that Diana said Charles had become “jealous” of the attention and popularity she received from the public on becoming Princess of Wales.

She said: “Everybody always said, when we were in the car, ‘Oh, we’re on the wrong side. We want to see her, we don’t want to see him’.

“And that’s all we could hear as we went down these crowds.

“And, obviously, he wasn’t used to that; nor was I.

“I understood the jealousy, but I couldn’t explain that I didn’t ask for it.”

During a speech at the time, Charles, in what appeared to be a nod to the public’s magnetism towards Diana during a visit abroad, said: “I’ve come to the conclusion, that really it would have been far easier to have had two wives, to have covered both sides of the street, and I could have walked down the middle, directing the operation.”

Diana continued: “I kept saying, ‘Whoever you married would have been of interest for the clothes, how she handles this, that, and the other.

Royal tour: Charles and Diana pictured a year before their separation, on their Canadian tour (Image: GETTY)

Despite this, in 1994, while talking to Jonathan Dimbleby in his documentary, ‘Charles, The Private Man, The Public Role’, the royal said he had never wanted their marriage to sour.

He said: “It is a deeply regrettable thing to happen.

“But it does happen, and unfortunately in this case it has happened – it’s the last possible thing that I ever wanted to happen.”

Meanwhile, as the new series of The Crown garners more attention, friends of Charles launched a blistering attack on Netflix.

They accused the producers of “trolling on a Hollywood budget”.

One friend told the Mail on Sunday: “This is drama and entertainment for commercial ends being made with no regard to the actual people involved who are having their lives hijacked and exploited.

Diana death: The Princess sadly passed away in a tragic car accident in Pairs, 1997 (Image: GETTY)

“It’s dragging up things that happened during very difficult times 25 or 30 years ago without a thought for anyone’s feelings.

“That isn’t right or fair, particularly when so many of the things being depicted don’t represent the truth.”

Others have called for the show to feature a disclaimer in the opening credits, marking some of the events as fiction.

Netflix resisted this, however, and in a statement, said: “We have always presented The Crown as a drama – and we have every confidence our members understand it’s a work of fiction that’s broadly based on historical events.