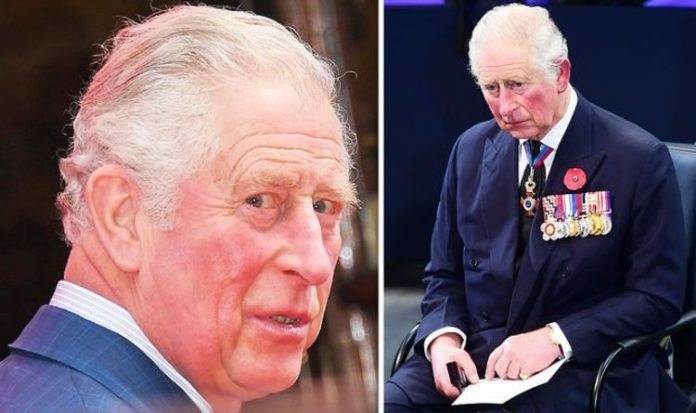 The Prince of Wales has been described as the “best-prepared monarch” the nation has “ever had” by royal author Penny Junor. The 72-year-old will become King and his wife, Camilla, will likely take the role of Queen consort. A number of royal commentators, including Robert Jobson, believe the Queen could step down this year but nothing has been hinted at yet by Buckingham Palace.

Mr Jobson “firmly believes” Her Majesty will depart from her role as monarch after her 95th birthday, marking 68 years on the throne.

Royal reporter Jack Royston feels she “won’t want to” end her reign but will decide to after she has “handed over everything to Charles”.

If the predictions are correct and Charles ascends the throne after the Queen’s birthday – on April 21 – some anticipate difficulties for the future monarch.

Royal expert Richard Fitzwilliams warned that there could be a “series of problems” due to the publicity currently surrounding Princess Diana and her death.

He referenced the upcoming inquiry into her interview with BBC’s Panorama and future films and TV shows.

Prince Charles was said to look ‘not a confident man’, according to body language expert (Image: GETTY)

Mr Fitzwilliams told Express.co.uk: “It is however true that Charles and Camilla face a problem as a series of events over the coming months will ensure that Diana features prominently in the news.”

He highlighted that the film Spencer, which stars Kristen Stewart as Diana, is due to be released later this year.

Mr Fitzwilliams also noted that next year will be the 25th anniversary of her death, which could coincide with the planned release date for The Crown season five.

That installment of the Netflix drama will cover the years leading up to and potentially following Diana’s death after a car crash in Paris, in 1997.

Despite the potential obstacles, Mr Fitzwilliams stated that Charles was “better prepared than any of his predecessors” to be the monarch.

JUST IN: Queen condemned in brutal joke about ‘no food on royal tours’

Prince Charles putting his hand by his side and out of sight shows lack of confidence, expert claims (Image: GETTY)

Many continue to speculate about when the Prince of Wales will take over and how he will act as King.

Body language expert Darren Stanton analysed a series of photographs of the royals in an attempt to give a greater insight into their characters.

In 2018, he claimed that Charles was not a naturally confident person – an observation he made after studying the way he holds himself.

He told the Daily Mail: “Any gesture where we touch ourselves… reveals that we are possibly feeling self-conscious and need to reassure ourselves.”

Prince Charles held his hands by his chest, which showed lack of confidence, an expert has claimed (Image: GETTY)

Mr Stanton listed actions such as “scratching our nose or rubbing our face”, which he believes can highlight this feeling.

He claimed that Charles’ need to touch his upper body with his hand or hide them – such as in his pockets – demonstrated this behaviour.

Mr Stanton claimed that it showed “a certain lack of self-belief”.

He said: “In spite of his position, Prince Charles doesn’t come across as a confident man.”

He claimed that her body language showed she was “confident” and “comfortable in her own skin”.

Mr Stanton made the observation from a gesture, where she held her hands in the shape of a wide upside-down triangle – referred to as a “reverse steeple”.

He said: “This relaxed triangle shape is the sign of a self-assured woman.

Prince Charles and Princess Diana were ‘not in sync’ during their 1986 ski trip, expert claims (Image: GETTY)

“It looks like an upside-down church steeple and is a gesture that exudes power and confidence – not arrogance.”

Mr Stanton explained that the gesture allows a person to occupy more space, which means they perceive themselves to be “more important”.

The balance between unconfident Charles and self-assured Camilla was said to be a good romantic pairing.

Body language expert Patti Wood explained that this was in contrast to Charles’ relationship with Diana.

In a photograph of the couple from their Swiss ski holiday in January 1986, their gestures were said to reveal they were not a good fit.

The image, which featured Charles in blue and Diana in red, showed the couple looking in opposite directions,

Ms Wood believed their body language revealed that “something was very much amiss” in their marriage.

She continued: “These are two people who are so out of sync with one another – they can’t even get it together for the camera.”