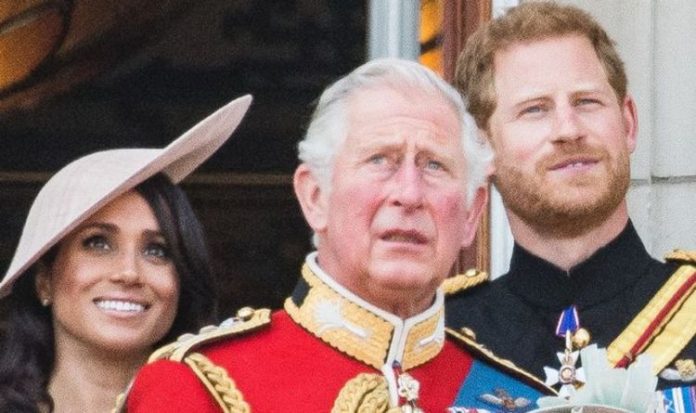 Meghan Markle and Archie Harrison may not be returning to the UK this year, according to new reports which suggest Prince Harry may be making the trip on his own. The Duke and Duchess of Sussex were expected to be travelling to Britain this summer for a number of royal events, including Prince Philip’s 100th birthday. Royal correspondent Robert Jobson spoke to Sunrise about why this will be particularly disappointing for Prince Charles.

He told the Australian morning show: “It would have been a good idea for her to join, and end all the rumours and speculation and talk of feuds.

“I think it would have been an easy way to deal with it, but she clearly doesn’t want to come.

“It just seems that she’s confirming everything that everybody is saying, that’s the reality.

“She doesn’t want to be a part of it, she wanted to be over there.”

“They’ve split their lives and he seems to be the loser on this.

“Of course, they’re not bringing Archie and I’m sure that’s annoying Prince Charles, his granddad, as well.

“I think they should just get on with it and stop creating this story around it, which is making it worse.”

The Sussexes have been unable to come back to the UK since they officially stepped down at the end of last March.

The coronavirus pandemic has prevented international travel around the world.

However with events such as the unveiling of the Princess Diana statue, many anticipated that the whole family would be in attendance.

When announcing their bombshell decision to step back, they detailed their plans to split their time between the UK and North America equally.

Prince Harry even admitted that they would have been back in the country already had it not been for the lockdowns.