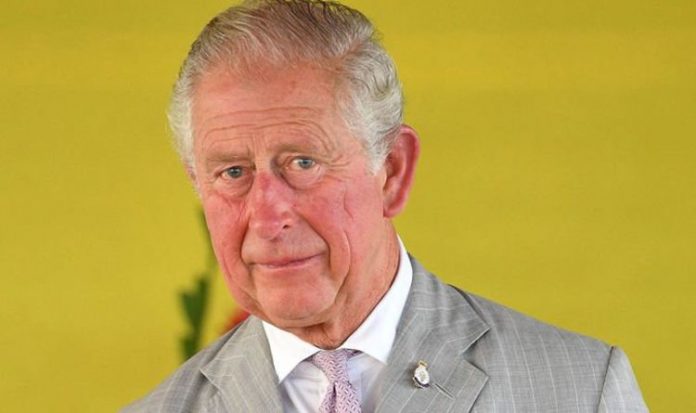 All people entering the UK from Kuwait are required to self-isolate for 14 days given the country’s rising number of coronavirus cases.

However, Prince Charles will be exempted from this rule, Buckingham Palace told Express.co.uk.

Upon creating the quarantine list, the UK Government exempted a number of professions from the 14-day self-isolation rule – including people attending diplomatic missions, international organisations and conferences.

As Prince Charles is travelling to represent the Government and the Queen at the request of the Foreign and Commonwealth Office (FCO), he is among those who qualify for the travel exemptions.

Prince Charles is in Kuwait at the request of the FCO (Image: GETTY)

Prince Charles during a meeting with the new emir of Kuwait (Image: CLARENCE HOUSE)

Similarly, French President Emmanuel Macron, who visited London in June to meet Boris Johnson and attend a poignant ceremony in the capital with Prince Charles and Camilla, did not self-isolate for a fortnight.

After his arrival to Kuwait, Prince Charles was photographed on a meeting with the country’s new emir, Sheikh Nawaf al-Ahmed al-Jaber al-Sabah.

Prince Charles wore a face mask during his meeting with the new emir of Kuwait (Image: GETTY)

Celebrating the diplomatic work carried out by Sheikh Sabah, Charles wrote: “Your Highness, I was deeply saddened to learn of the death of your dear brother, High Highness Sheikh Sabah Al Ahmed Al Jaber Al Sabah, and I particularly wanted to convey my most heartfelt sympathy to Your Highness, your family and to the people of the State of Kuwait at such a very sad time.

“As a leader, and a humanitarian, the late Amir’s wisdom and commitment to peace and stability were very greatly admired, and I can well imagine how deeply his loss will be felt by so many people.

“I will always retain the most special and affectionate memories of His Late Highness, whose kindness to me over so many years will never be forgotten.

Prince Chales won’t be required to self isolate after returning from Kuwait (Image: GETTY)

“I can only offer Your Highness my renewed condolences, together with my warmest best wishes, and assure Your Highness of my commitment to the bonds of friendship and co-operation which have for so long existed between our two countries.”

Prince Charles had previously travelled twice to Kuwait on behalf of the FCO.

First, in 1989, he visited the country with Princess Diana as part of a key tour to the Gulf.

In 2007, the Prince of Wales returned to Kuwait with his second wife Camilla, Duchess of Cornwall.

Prince William and the Queen also issued two statements to mark the death of the emir.

The Duke of Cambridge expressed his sorrow and recalled meeting the country’s leader during his first tour to Kuwait in December last year.

The Queen issued a personal message, addressing directly the new emir and brother of Sheikh Sabah.

Recalling the state visit to the UK of Sheikh Sabah in 2012, the Queen said: “Your distinguished brother devoted his life to the service of the State of Kuwait and especially its relationship with its allies and friends.

“I have deeply walked his friendship towards the United Kingdom, and his memorable State Visit in November 2012.”

Sheikh Sabah’s funeral would have been a state funeral attended by leaders from around the world.

However, due to the coronavirus pandemic, the Kuwaiti Royal Family will mourn their loss holding a private ceremony.