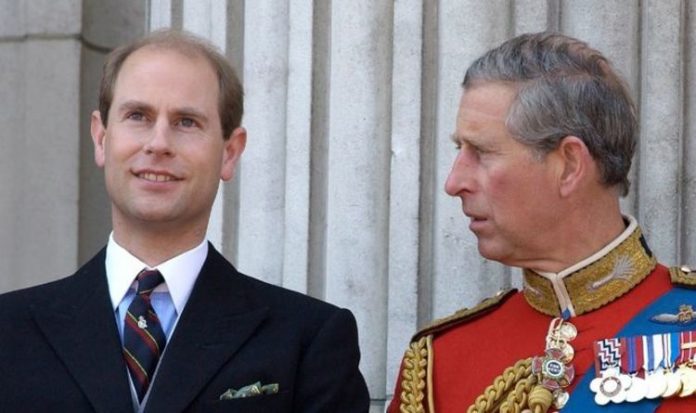 She wrote: “Philip was only 26 when Charles was born and harboured a young man’s ideal that he would like his first-born to be in his own image.

“As Charles grew into a shy, diffident child, Philip was determined to make a man of his son and organised for him to be driven three times a week to a private gym in Chelsea where a small class of boys were instructed in physical training and boxing.

Prince Philip sent Prince Charles to the same private school he attended – Gordonstoun School in the north of Scotland – where he was picked on “maliciously, cruelly and without respite,” according to the author.

However, the Queen and Prince Philip have always had a very strong relationship with their youngest child, Prince Edward, who was born in 1964.