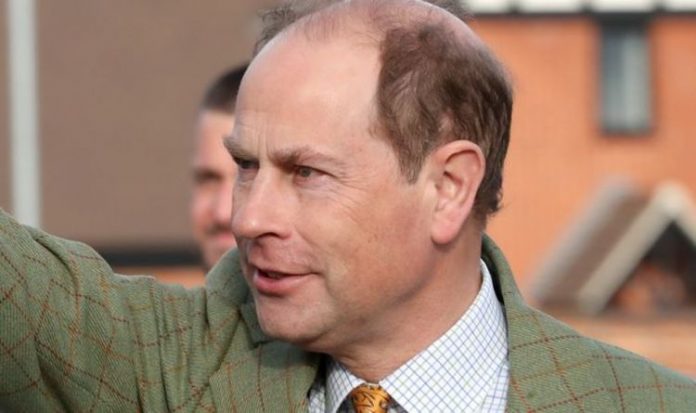 Prince Edward followed in his elder brothers’ footsteps when he joined the military shortly after leaving Cambridge University with his BA in History in 1986. Tuition for his studies at the prestigious institution had been paid by the Royal Marines on condition of the royal serving after his degree and he duly enlisted to undergo the 12-month training period. But after only a third of the training, the future Earl of Wessex dropped out, sparking accusations of cowardice and mocking labels from the international press.

Narrator Glynis Barber added: “He just felt he was going along on a railway line and suddenly, the rails weren’t there anymore.

“Prince Edward was at a crossroad. He needed to find a role for himself.

A friend of Her Majesty told author Ben Pimlott: “‘It was a terrible mistake,’ says one of the Monarch’s friends. ‘She was against it. But one of her faults is that she can’t say no.’

“‘There was not a single courtier,’ one recalls, ‘who did not think it was a mistake.’

“Their advice was confounded by youthful enthusiasm and the Queen’s maternal indulgence.”

Prince Edward continued to seek to establish himself in the entertainment business, working as a production assistant for musical composer Andrew Lloyd Webber.

He later launched a production company, Ardent Productions, which focused on the creation and documentaries but he was later forced to step down after allegedly breaking an agreement Prince Charles had reached with broadcasters about Prince William’s privacy while at university.